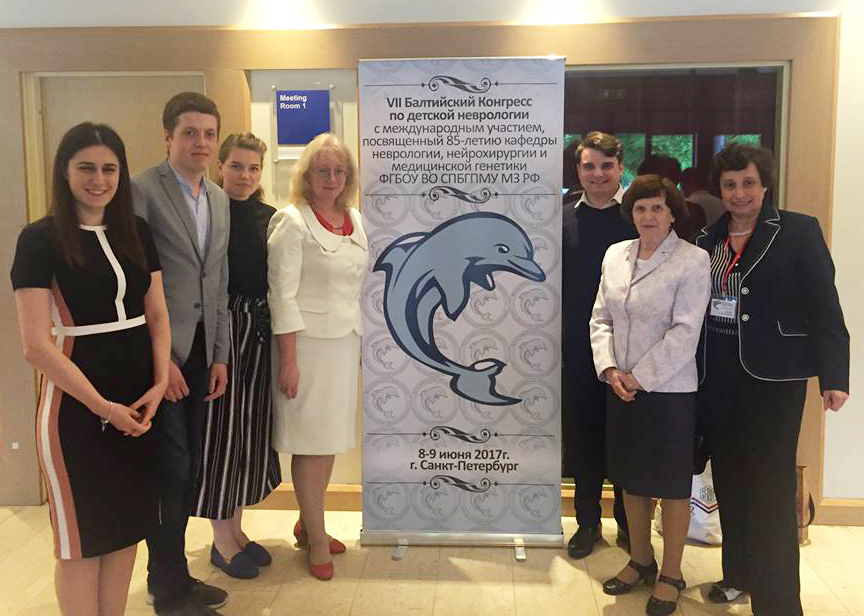 On June 8-9, 2017 in St. Petersburg the VII Baltic Congress on Pediatric Neurology dedicated to the 85th anniversary of the Chair of Neurology, Neurosurgery and Medical Genetics of the St. Petersburg State Pediatric University was held.

The scientific program covered the main directions of Neurology. The current research and clinical achievements were presented by the leading Russian and foreign experts.

Specialists of the affiliated institution of the Almazov Centre – the Polenov Neurosurgical Institute — took an active part in the work of the major scientific forum. Three presented reports were dedicated to the current state and future promises of epilepsy surgery:

The interdisciplinary character of the forum became its distinctive feature. Thus, the training seminar “Autism spectrum disorders in the practice of a pediatrician-neurologist”, schools on neurosurgery and epilepsy attracted attention of both neurologists and psychiatrists. The talk of Professor Charlotte Drave (France) aroused great interest among the participants: her name is given to one of the most complicated syndromes in epileptology — the Drave syndrome.

Nowadays, the interest in epilepsy surgery has significantly increased, and at the upcoming XIII World Congress on Neurology in Kyoto, Japan, this area will also be the most topical. Specialists of the Polenov Neurosurgical Institute will present their talks on the surgical methods successfully used in the clinical practice of the Institute.