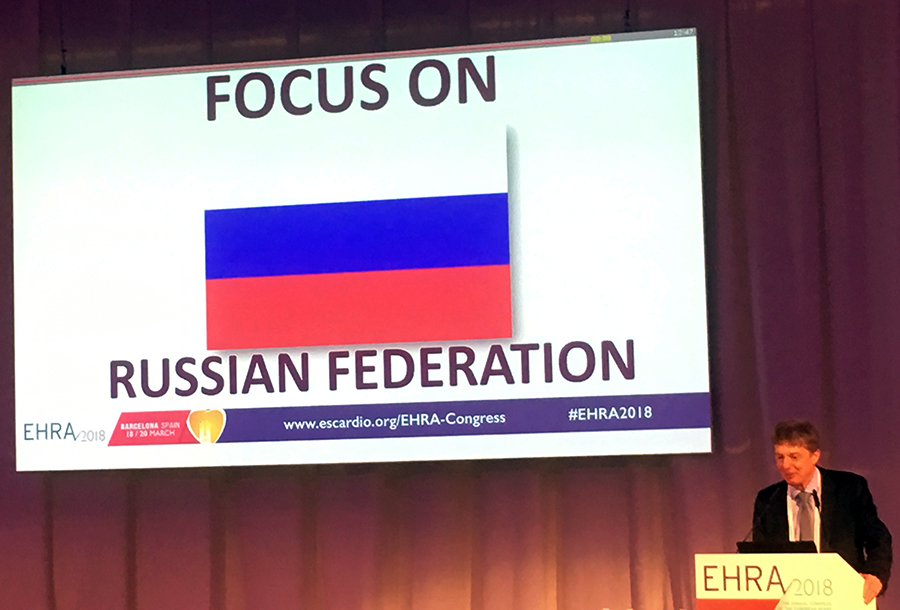 The recent Congress of the European Heart Rhythm Association (EHRA 2018) took place on March 18–20 in Barcelona, Spain. The scientific program was traditionally rich and focused on the most vital topics of today’s arrhythmology with sessions and symposia covering diverse aspects of electrophysiology and cardiac pacing.The delegation from the Almazov Centre presented their scientific findings in the field of non-invasive mapping in arr

hythmology, a substrate-oriented approach for catheter ablation of atrial fibrillation as well as their experience of using robotic technologies for more than 50 patients. The Arrhythmology Research Department of the Almazov Centre presented six posters at the Congress. Diplomas were awarded for three of these posters. 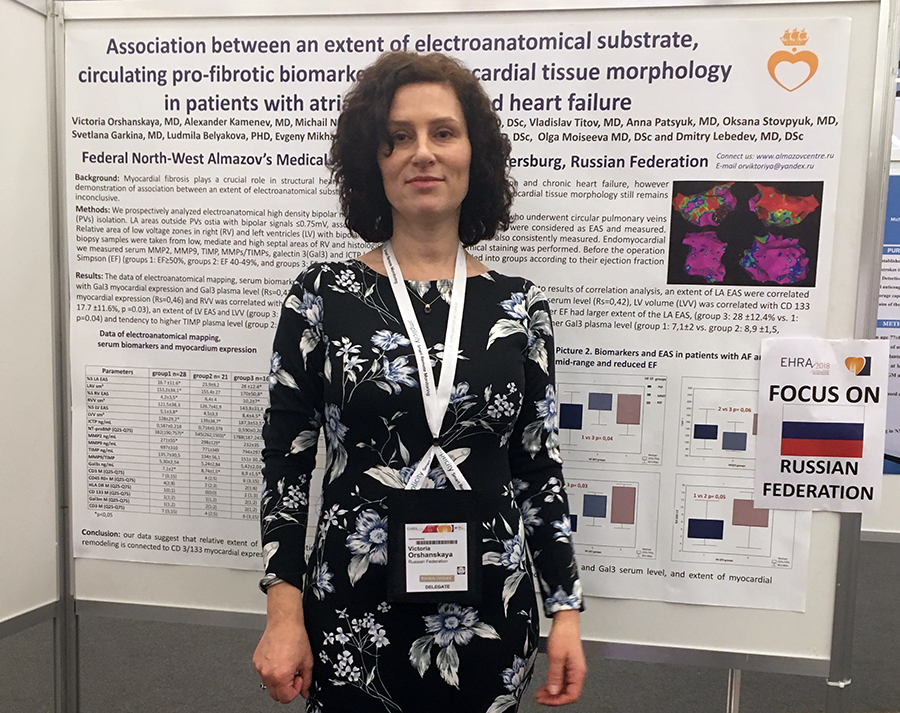 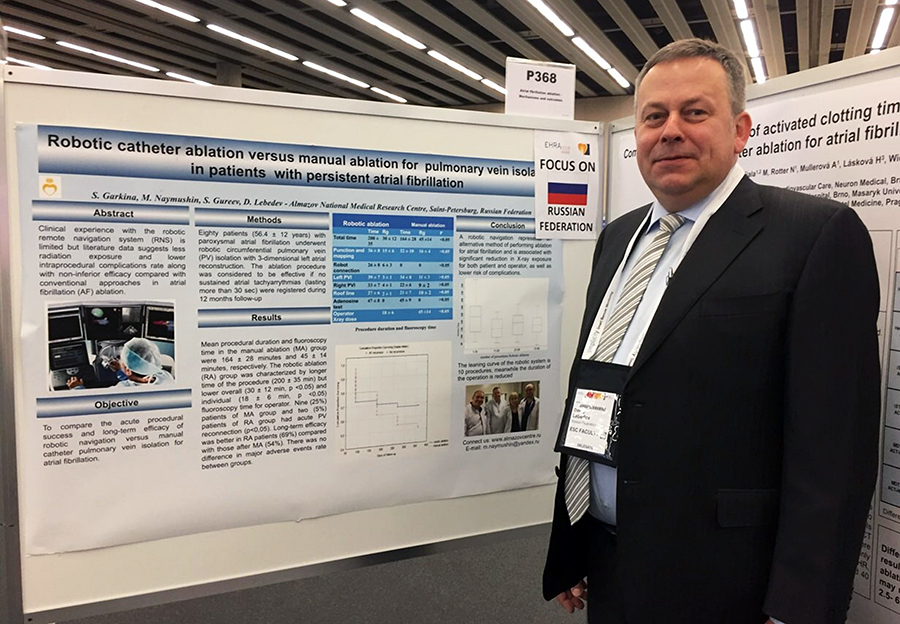 Dmitry Lebedev, Professor of the Russian Academy of Sciences and Head of Arrhythmology Research Department at the Almazov Centre, together with Professor Michal Chudzik from Poland, held an interactive session devoted to new achievements and prospects of cardiac resynchronization therapy (CRT) in various categories of patients. The presentations elicited a lively discussion. It was quite obvious considering the relevance of such areas as the use of CRT in patients with atrial tachyarrhythmias, the optimization of implantation techniques based on MRI findings as well as resynchronization therapy for chronic right ventricular dysfunction after surgical correction of congenital heart defects.

It should be particularly noted that the Congress included a number of engaging symposia oriented towards the young audience, including interactive sessions, special how-to sessions and workshops. The poster winners and authors of best abstracts were invited for short discussions on the most critical issues with the leading experts in arrhythmology. Traditionally, those young electrophysiologists who wanted to receive the EHRA certificate and received appropriate training during the year could try their hand at taking the test consisting of more than 200 theoretical questions and practical tasks. In 2018, thanks to the grant support from the European Society of Cardiology and the Heart Rhythm Association, more than 475 specialists from Russia and other countries were able to take part in the largest international congress of arrhythmology that would undoubtedly broaden their scientific horizons in the pursuit of further professional growth. 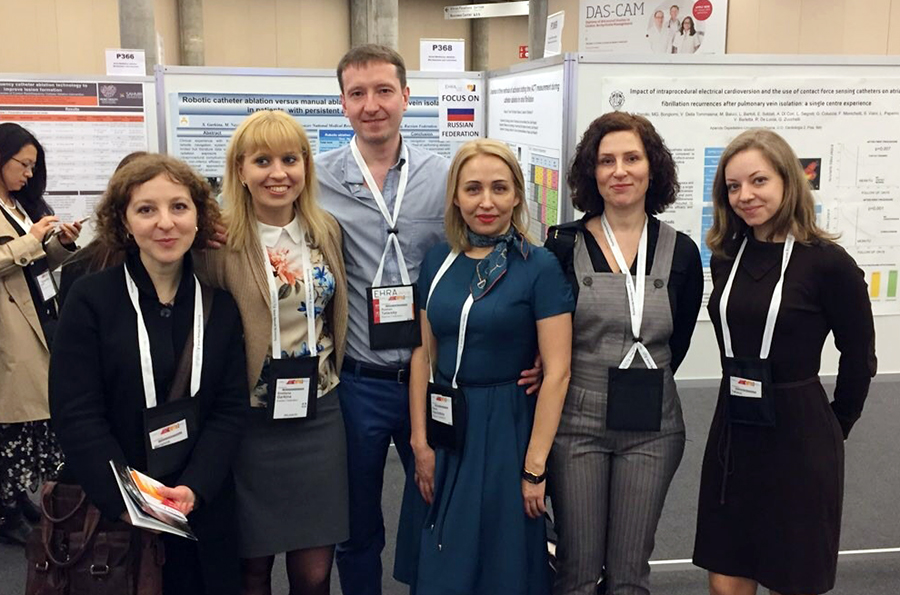