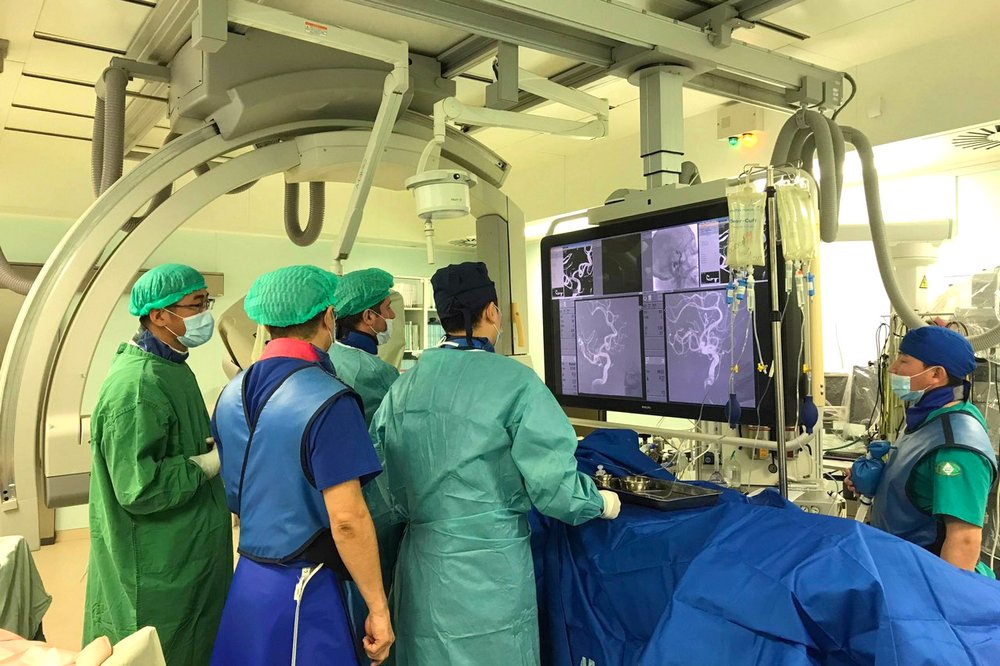 On December 15-16, Andrey Petrov, MD, PhD, head of Neurosurgery Department 3 at the Polenov Neurosurgical Institute, gave a second master class on endovascular neurosurgery at the Third State Central Hospital of Ulaanbaatar, Mongolia, as part of the memorandum on cooperation between the Hospital and the Almazov Centre.

This cooperation gave rise to the development of intravascular surgery in Mongolia. The first results were reported at the All-Russian Neurosurgery Conference 2018. Further plans are to continue cooperation, trainings and joint courses.