Students of the General Medicine Department took part in the 73rd Republican scientific-practical conference of students and young scientists Topical Issues of Modern Medicine and Pharmacy 2019 that took place on April 17–19 in Minsk, Belarus. 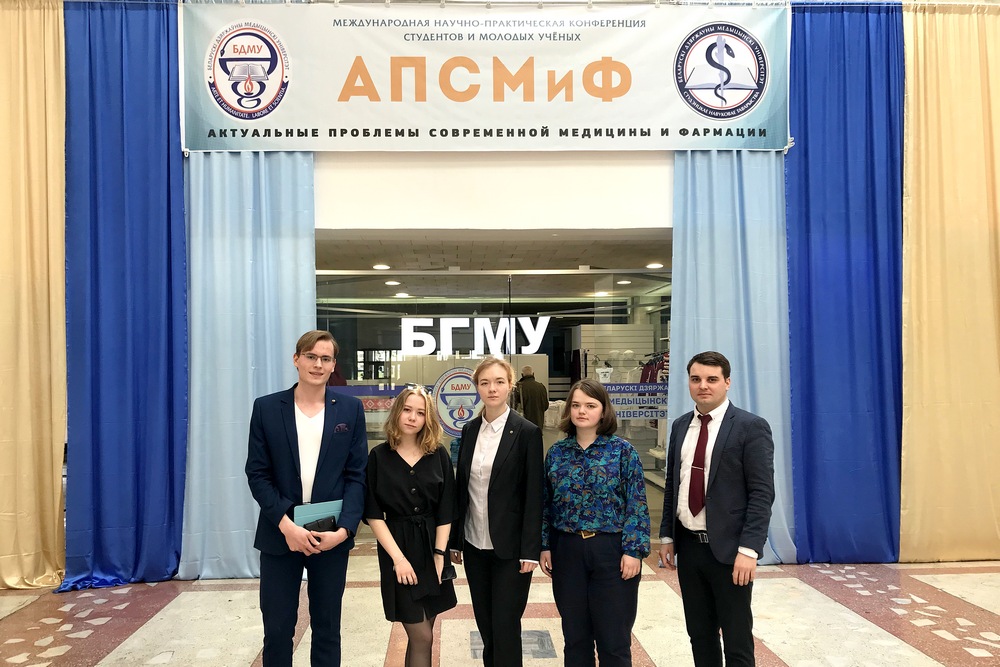 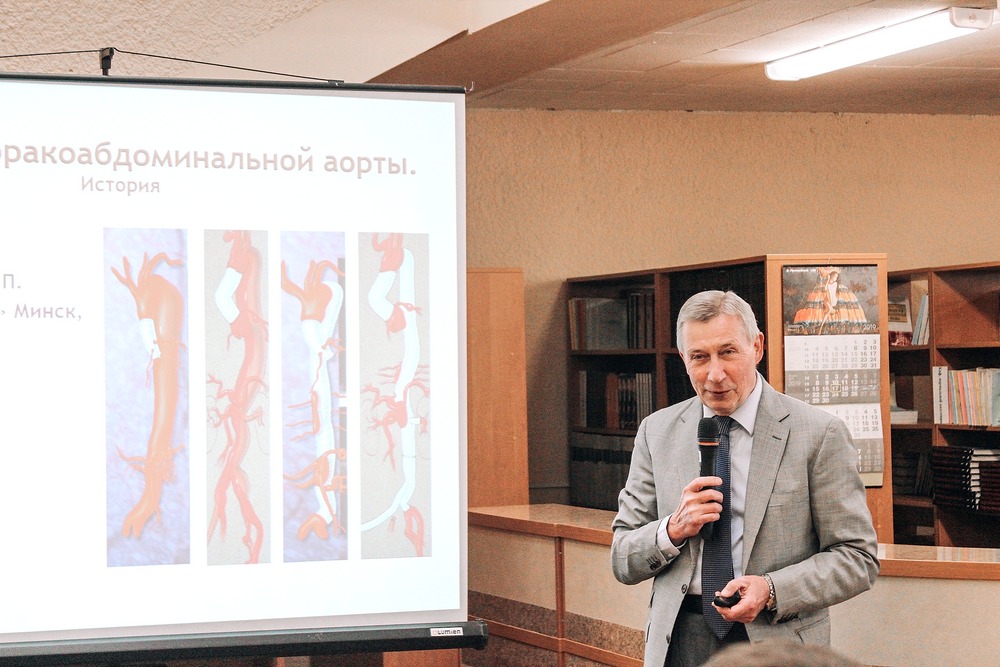 The students from Almazov Centre E. Sviridov and K. Badmaeva presented their multimedia posters at the session devoted to bioorganic chemistry. The jury praised the high level of presentations by the Centre’s students.

N. Krotova and D. Slobodenyuk successfully delivered presentations entitled “Neurometabolic stimulants” and “Enantiomerism of α-amino acids”. The jury highly appreciated both presentations and highlighted the relevance of the presented issues. 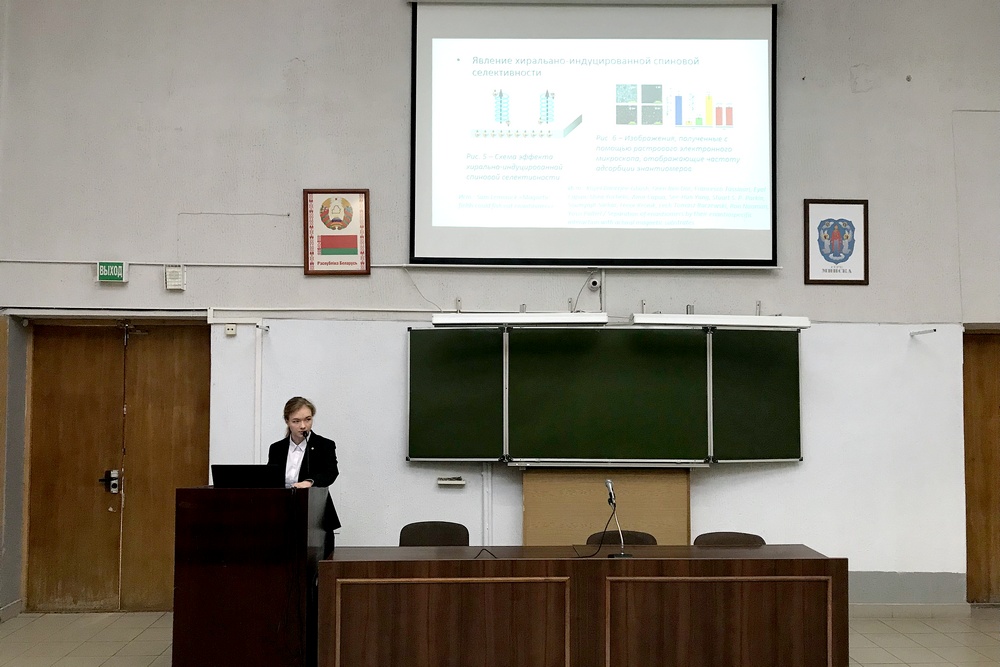 This event was the first international conference for students of Almazov Centre. The delegation was led by K. Abramov, Chairman of Student Scientific Society at Almazov Centre.

A. Davidyan, Chairman of the Student Scientific Society at BSMU, gave a tour around the University for the guests. The students were impressed by the Department of Anatomy with its Anatomical Museum housing a large collection of formalin-preserved specimens. 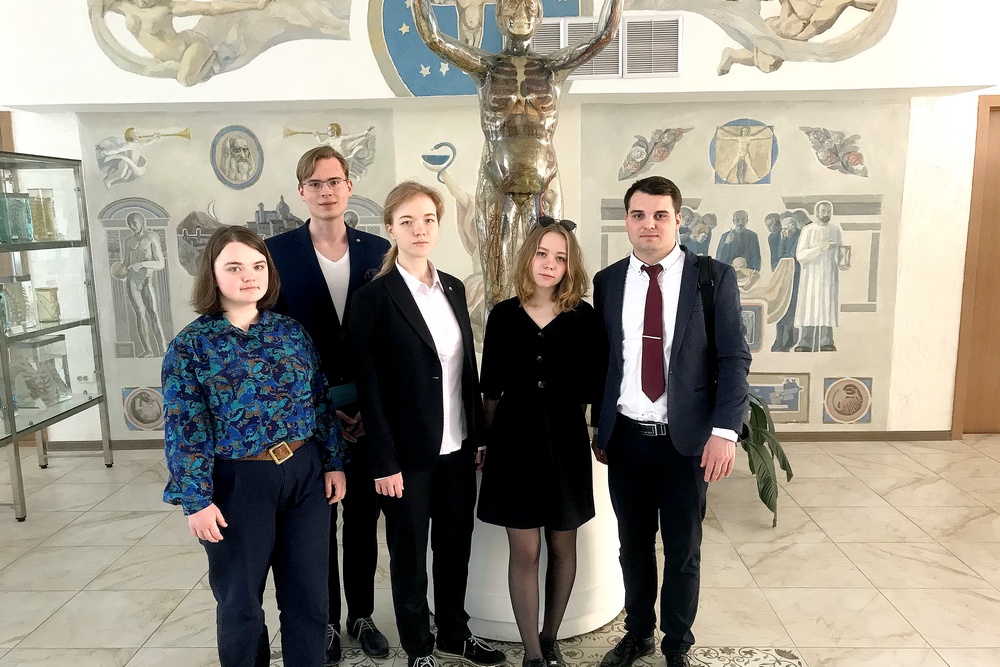 After the tour, the chairs of both societies negotiated an agreement on international cooperation between the societies of the Belarusian State Medical University and Almazov Centre. 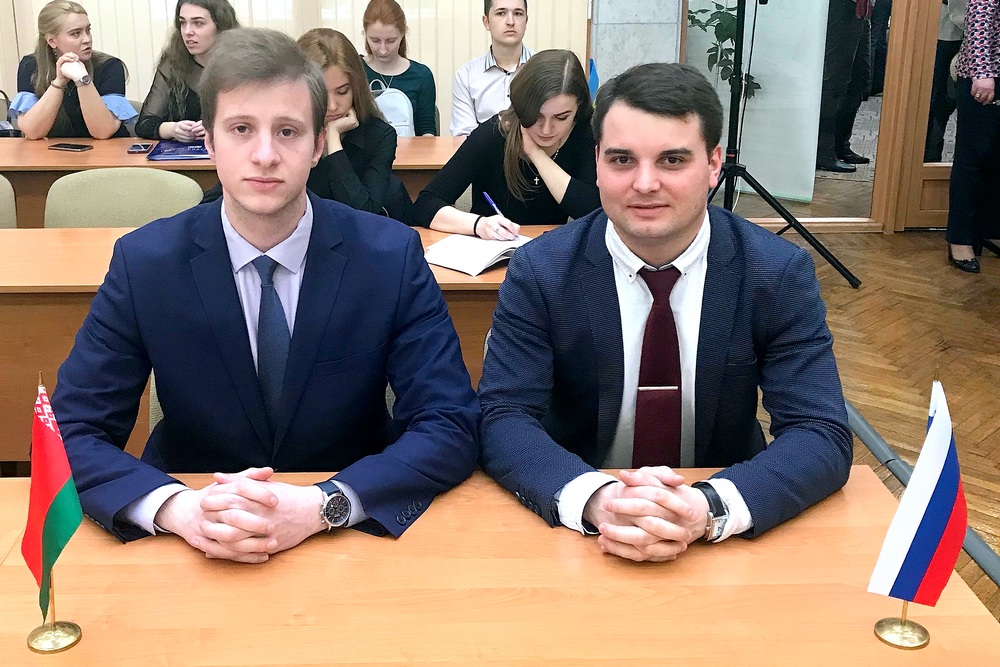 April 19 was the closing day. At the closing ceremony, creative groups of BSMU gave their performances. The students received their certificates of participants and E. Sviridov received the 3rd degree diploma. 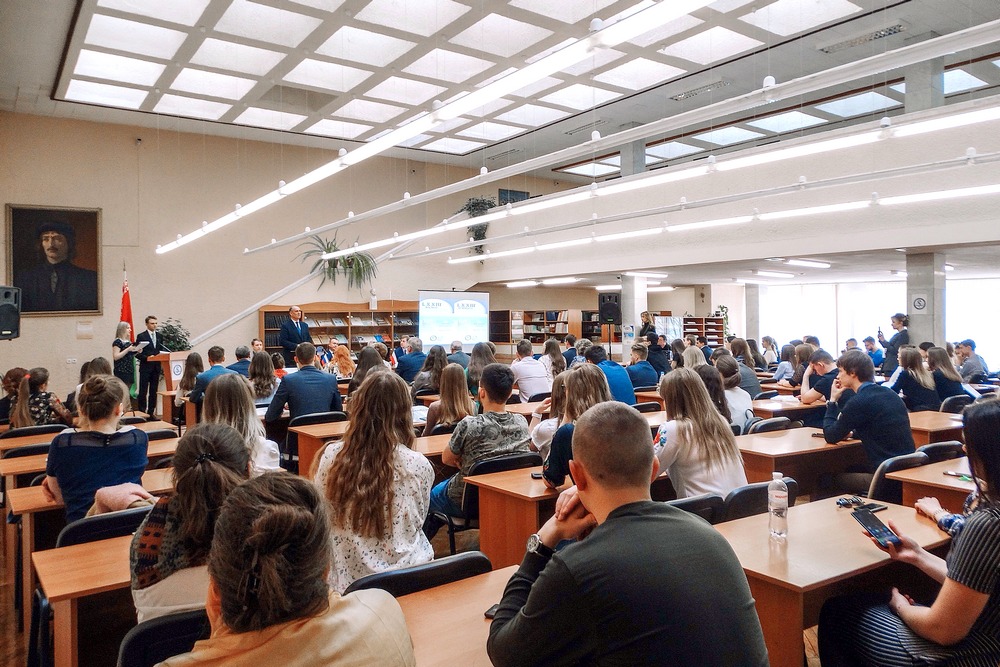 The conference brought together more than 200 participants from Russia, Belarus, Poland, Kazakhstan, Uzbekistan and other countries in 120 sessions. More than 1,000 abstracts were published.

After the closing ceremony, the delegation of Almazov Centre visited the Republican Scientific and Practical Centre of Neurology and Neurosurgery where M. Talabayev, President of the Eurasian Society for Neurosurgery, showed the guests around the Children's Neurosurgery Department and answered their questions.