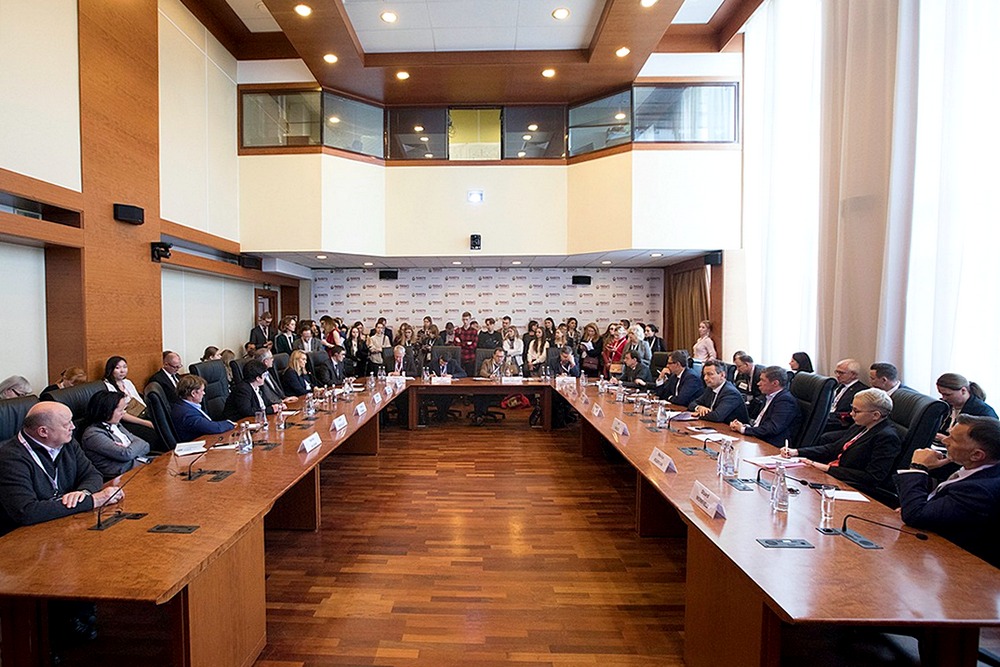 On January 15-16, the Russian Presidential Academy of National Economy and Public Administration (RANEPA) hosted the 11th Gaidar Forum, Russia and the World: Challenges of the New Decade.

The Gaidar Forum is the major high-profile international conference in Russia in the field of economics, which has been held since 2010 annually. The forum is focused on the goals of national and global development and the search for practical answers to the most pressing challenges of our time. Experts of the Gaidar Forum from around the world discussed the challenges of the coming decade, economic development, healthcare, digital initiatives in sports, modern government, Russian education and business schools, environmental policy and climate issues, the digital revolution and many other topics.

The Forum provided 85 discussion platforms such as panel and expert discussions, public dialogues, presentations and meetings.

In his speech, Director General of Almazov Centre and Academician of the Russian Academy of Sciences Evgeny Shlyakhto highlighted the need to resume the practice of translational medical research in Russia for narrowing the gap between scientific inventions and everyday medical practice. According to the Academician, doctors should be more involved in science.

During the panel discussion “The Balance of the Healthcare Budget for the Future”, experts, including Evgeny Shlyakhto, discussed the global trend of the new century — growing health care costs. This is attributed to the aging of the population, the speed of technological development, the growing needs of the population as a whole and many other factors. Much depends on the right balance and priorities within the healthcare system, which allow achieving the best results at all stages of medical care. Achieving such a balance is a hard task of determining the most effective and comprehensive methods of prevention, diagnosis, treatment and rehabilitation in the long term.