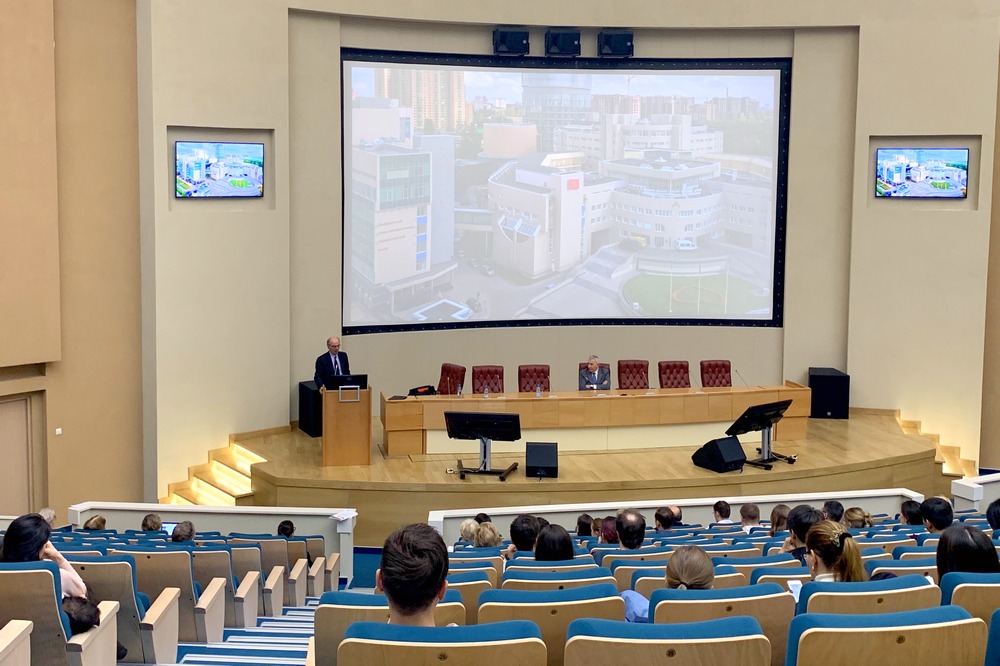 February 4-6, in the framework of the Memorandum of Understanding between Almazov Centre and the University of Milan, Prof. Alberico L. Catapano paid a visit to the Centre as a Visiting Professor. Alberico Catapano is a Professor of Pharmacology at the University of Milan, Past President of the European Atherosclerosis Society (EAS), Director of the Laboratory of Lipoproteins, Immunity and Atherosclerosis and of the Centre for the Study of Atherosclerosis at the Bassini Hospital, Chairman of the EAS/European Society of Cardiology (ESC) guidelines for the treatment of dyslipoproteinaemias and Director of the Italian Society for the Study of Atherosclerosis.

At the meeting with Director General of the Centre, Evgeny Shlyakhto, the participants discussed major scientific and clinical areas for future cooperation. The official visit also included a number of working meetings on current projects implemented by both parties in the field of severe forms of hereditary familial hypercholesterolemia, acute coronary syndrome, and decision support systems in lipidology.

On February 4, Professor Catapano gave a plenary lecture “PCSK9: LDL Lowering and Beyond” at the Research Council meeting. The lecture was devoted to the latest possibilities and prospects of lipid-lowering therapy of the near future.

On February 5, Alberico Catapano took part in the teleconference. It was the first teleconference with the participation of an international expert to develop a management strategy for patients with extremely severe and rare forms of atherosclerosis observed in 40 regions of the Northwestern, North Caucasian, Southern and Volga federal districts supervised by Almazov Centre as a National Medical Research Centre.