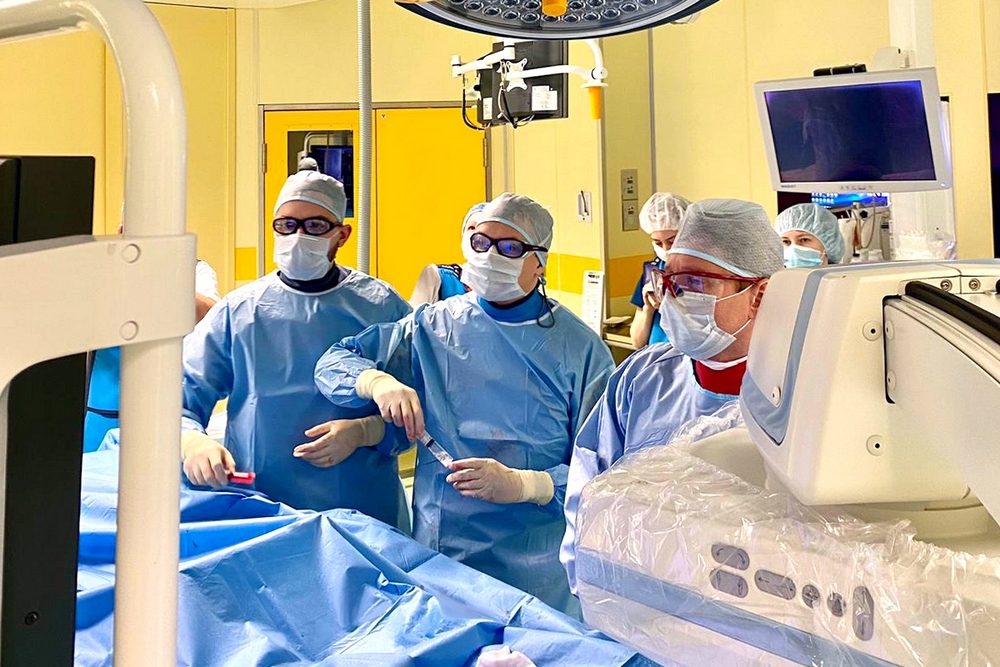 Vascular surgeons at Almazov Centre performed a successful surgery on a patient with an ureteroarterial fistula. A 51-year-old woman was transferred from the Kirov region to Almazov Centre with unstable hemodynamics due to uncontrolled profuse bleeding from the urinary tract.

After the examination, the patient was diagnosed with ureteroarterial fistula.

Having discussed the clinical case, the specialists of the Robotic Surgery Centre and Medical Director of the Clinic of Urology and Robotic Surgery at Almazov Centre, Professor M. Mosoyan made a decision to proceed with an urgent endovascular surgery.

The aim of the procedure was to eliminate the blood diversion by placing a stent graft in the artery. The specialists of the Research Department of Vascular and Interventional Surgery performed the surgery under local anesthesia, through a puncture in the femoral artery and the procedure lasted no more than 30 minutes. The postoperative period was uneventful, the patient’s condition stabilized, the bleeding did not recur.

The woman was discharged 2 days after the surgery and will be followed up as an outpatient by the specialists of Almazov Centre.