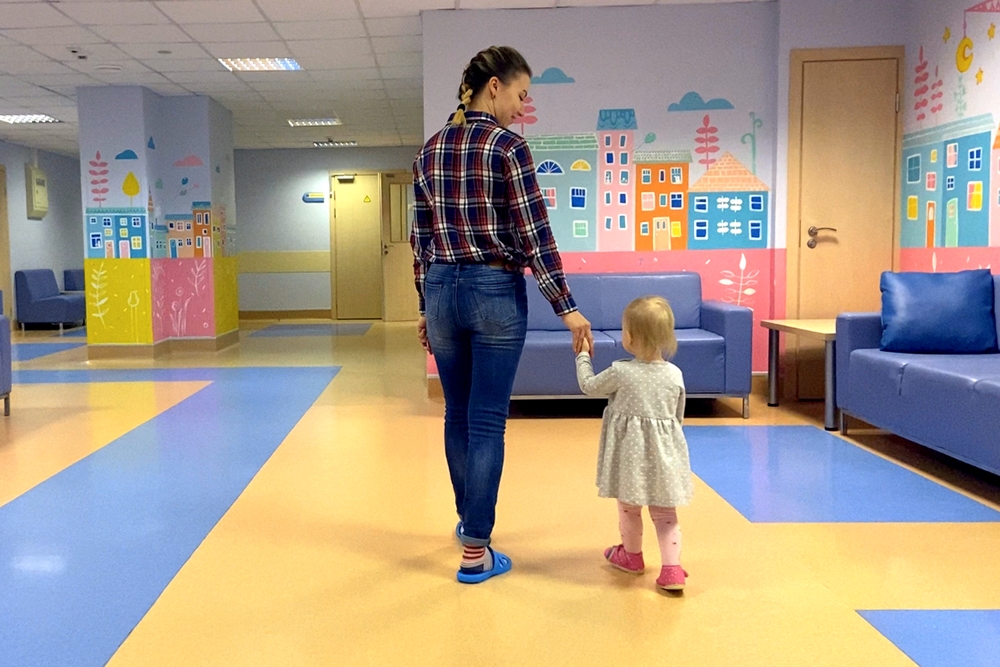 The girl was born in Arkhangelsk. A routine prenatal ultrasound showed that she only had one kidney. The first symptoms appeared when the child was six months old: urinary tract infections, swollen hymen, indicating that the problem was not only the absent organ.

Local doctors could not clearly understand the nature of the defect. After a consultation with the specialists from Almazov Centre, the girl was hospitalized to the Department of Pediatric Surgery for Birth Defects and Acquired Conditions to clarify the diagnosis and plan the treatment.

After the examination at Almazov Centre and revision of the provided MRI data, the girl was diagnosed with a combined malformation of the uterus and cervix in the form of their complete doubling and unilateral renal dysgenesis. Based on the experience of observing and treating children with genitourinary anomalies, doctors suggested that the baby probably had a second dysgenetic kidney with an ureter opening into the left half of reproductive organs and causing the accumulation of fluid.

Septum in the upper third of the vagina. The cervix is visible in each half


The team made up of a surgeon (Head of Pediatric Surgery Department of the Perinatal Centre A. Sukhotskaya), urologist (Head of Research Laboratory of Surgery for Congenital and Hereditary Conditions, pediatric urologist-andrologist I. Kagantsov) and gynecologist (head of Adolescent Gynecology Department N. Kokhreidze), performed a surgical procedure: opened the unperforated hymen and performed vaginoscopy. It showed an incomplete septum in the upper third of the vagina and along the cervix in each half indicative of a combined genitourinary malformation associated with a doubling of the reproductive organ. They performed hymenoplasty and laparoscopy to locate and remove rudimentary ureter and dysgenetic kidney.

Currently, the baby is feeling well, the postoperative period is uneventful. The team of doctors managed to create normal conditions for the further growth and development of the child.