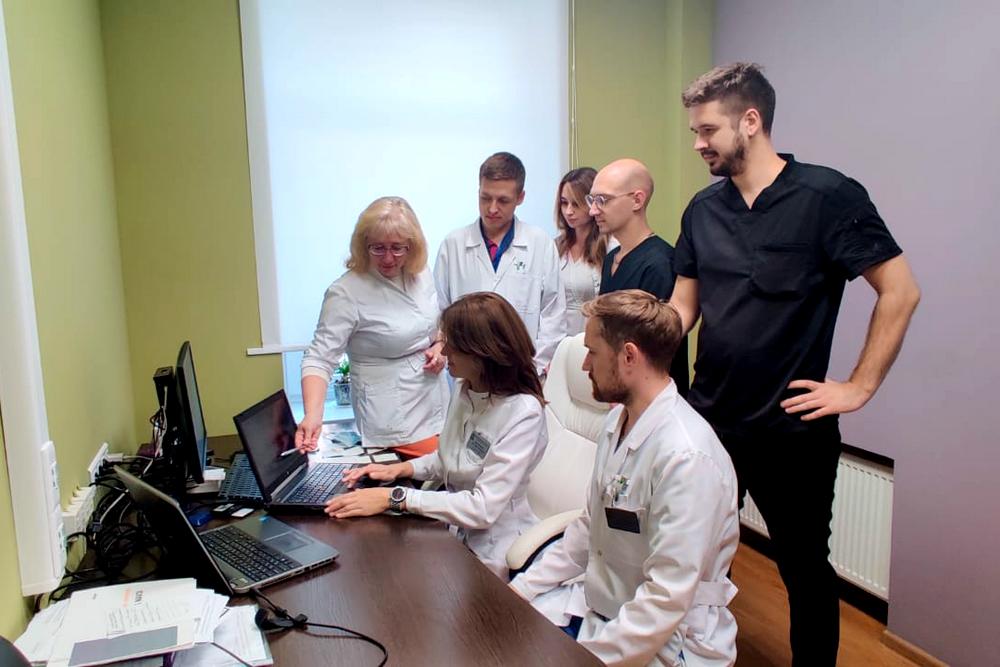 Head of Functional Neurosurgery Department No. 2 of Polenov Neurosurgical Institute (branch of Almazov Centre) Dr. Victoria Nezdorovina successfully implanted the neurostimulation system targeting the anterior nucleus of the thalamus from both sides in two patients with severe drug-resistant epilepsy. The first such surgery was performed in December 2019 and has already proven its effectiveness. Polenov Neurosurgical Institute pioneered this procedure and is now the only hospital in the Northwestern Federal District to perform this surgery.

Both patients tolerated the implantation well. Currently, they are followed up by the doctors while receiving the necessary therapy.

Drug-resistant epilepsy is a significant health problem in the world as this disease is difficult to treat. Bitemporal epilepsy (with two or more seizure foci) is distinguished as a special unfavorable subgroup in this group of severe epilepsies. This form develops during the long course of the disease, has a negative prognosis and bleak prospects for treatment. Drug-resistant epilepsy occurs in 40% of cases, the bitemporal form accounting for 30%.

Such patients are no candidates for resective surgery, which significantly limits the prospects for treatment. A modern option for patients with severe epilepsy is deep brain stimulation (DBS) targeting the anterior nucleus of the thalamus.

First results on deep brain stimulation of the anterior thalamus in 100 adult patients with focal epilepsy (who showed no improvement after drug therapy, surgery or vagal nerve stimulation form in drug-resistant form) were published in 2010 by Director of the Stanford Epilepsy Center Dr. Robert Fisher. Patients showed a 40% reduction in seizure frequency three months after system implantation. After two years, seizures completely stopped in 15% of patients and 50% showed significant improvement. Many further observations have shown the effectiveness of this method for the treatment of resistant epilepsy.

Expanding the possibilities of surgical treatment of severe forms of epilepsy is an urgent scientific and practical task both in Russia and in the world.

Successful implantation of the neurostimulation system into the anterior nucleus of the thalamus from both sides in two patients with severe drug-resistant epilepsy at Polenov Neurosurgical Institute will form the basis of a new study on the treatment prospects for this neurological disorder.