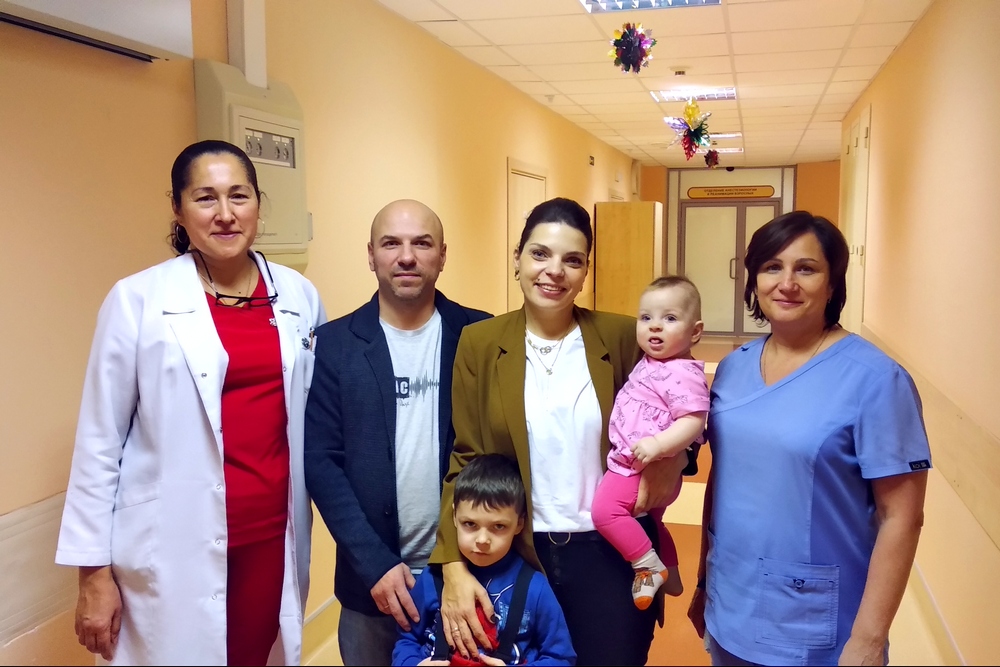 The obstetric department of pregnancy complications at the Perinatal Centre receives women with different diagnoses. Unfortunately, there are those who were diagnosed with a malignant tumor during pregnancy. In such cases, doctors face a difficult choice of treatment tactics aimed at preserving the health and life of the expectant mother and her baby. The choice of examination methods is limited and the least aggressive treatment should be chosen considering the possible toxic effect on the fetus.

According to statistics, tumors are detected on average in 22 observed cases per 100,000 pregnant women. The most common malignancies are breast cancer, cervical cancer and lymphoproliferative disorders.

“Until recently, cancer during pregnancy almost always meant that pregnancy would be interrupted and implied a long, very difficult path of treatment for a woman, and beating cancer, unfortunately, would be associated with female infertility caused by the toxic effect of chemotherapy drugs on the ovaries and radiation exposure. Modern medicine has travelled a long path allowing in some cases to not only preserve female fertility, but also making it possible for a woman to continue pregnancy and give birth to a healthy child without risk to herself,” comments Dr. Eduard Komlichenko, Director of Almazov Centre Clinic.

A female patient came to Almazov Centre from the Leningrad Region. After her first ultrasound screening, the doctors at her place of residence were worried about a mass in the left ovary. The expectant mother was referred to Almazov Centre. The Obstetric Department of Pregnancy Complications provides examination, treatment and preparation for childbirth for pregnant women with cardiovascular diseases, endocrine and blood disorders as well as with fetal malformations and multiple pregnancies. In addition, the specialists have extensive experience in the diagnosis and treatment of malignancies during pregnancy.

To clarify the diagnosis, the patient had an MRI which did not exclude the malignancy. At the 21st week of pregnancy, the woman underwent diagnostic laparoscopic surgery with adnexectomy (complete removal of the tumor). In order to avoid the entry of malignant cells into the abdominal cavity, the surgery was performed by ablastic removal of the tumor without disturbing its integrity (the surgical principle to prevent recurrence and metastasis of a malignant tumor). 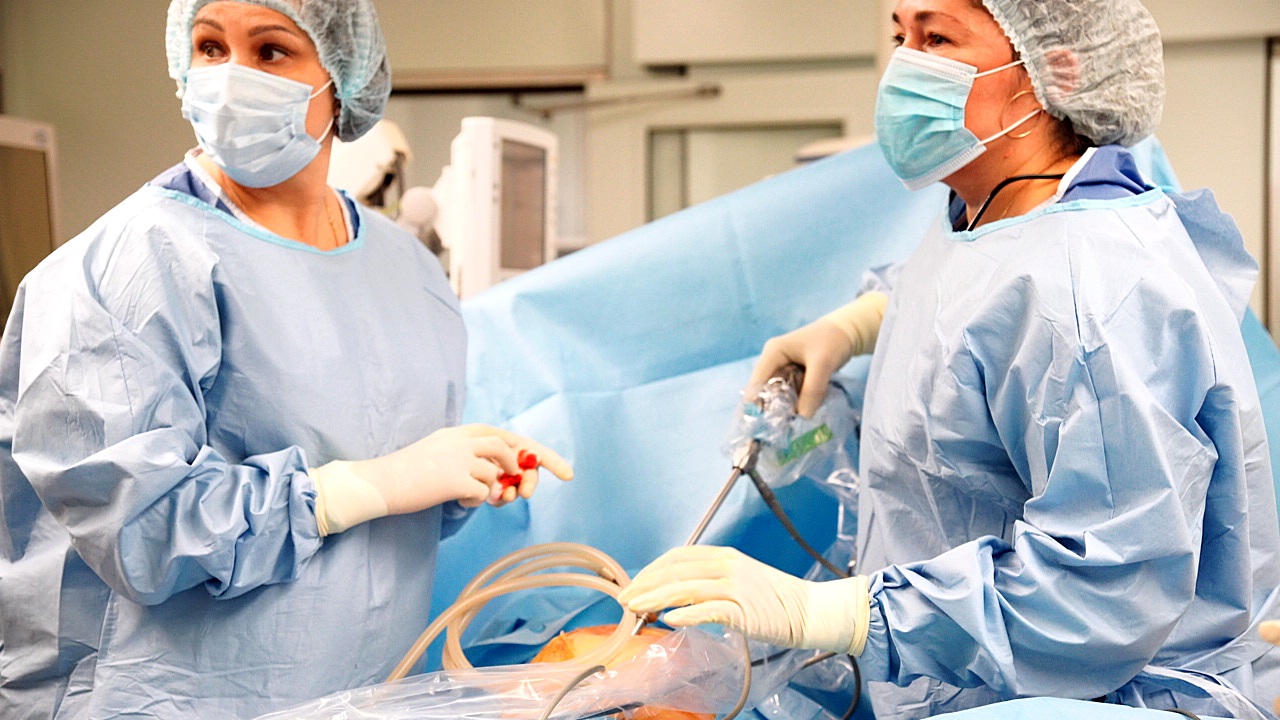 Almazov Centre participates in the Fight Against Cancer Federal Project. Our gynecologic oncologists and surgeons are committed to providing comprehensive care to women with malignant tumors of the reproductive system, including pregnant women. Patients come to us from all regions of Russia. We perform surgical treatment (both open access and laparoscopic), and if combined treatment is necessary, we do chemotherapy,” explains Prof. Elena Ulrich, Operating Surgeon, Head of Oncogynecology Research Laboratory of the World-Class Research Centre for Personalized Medicine.

Based on histological analysis of tumor cells, the final diagnosis was made – malignant ovarian tumor with a low grade of malignancy (stage 1 ovarian cancer).

“The patient is lucky that the disease was detected so early, during her first ultrasound for pregnancy. Unfortunately, ovarian cancer is most often diagnosed at a later stage of the disease because of its asymptomatic development. We managed to perform organ-preserving surgery and preserve the second ovary,” says Elena Dikareva, Ob/Gyn, operating surgeon, oncologist.

The pregnancy went well and throughout the entire term the team of doctors monitored the condition of the fetus. The whole family was very worried, supported the expectant mother and was waiting for the birth of the baby.

“The team of attending doctors included neonatologists and pediatricians who monitored the condition of the fetus and prevented possible complications during therapy,” recalls Tatiana Pervunina, Director of the Institute of Perinatology and Pediatrics.

At 37 weeks, the doctors had to perform an emergency cesarean section because of placental abruption. During the surgery, they made another revision to make sure there were no changes in the second ovary. The baby girl was born at a healthy weight of 2,600 g. Until now, she continues to be monitored at the prescribed times by specialist doctors. 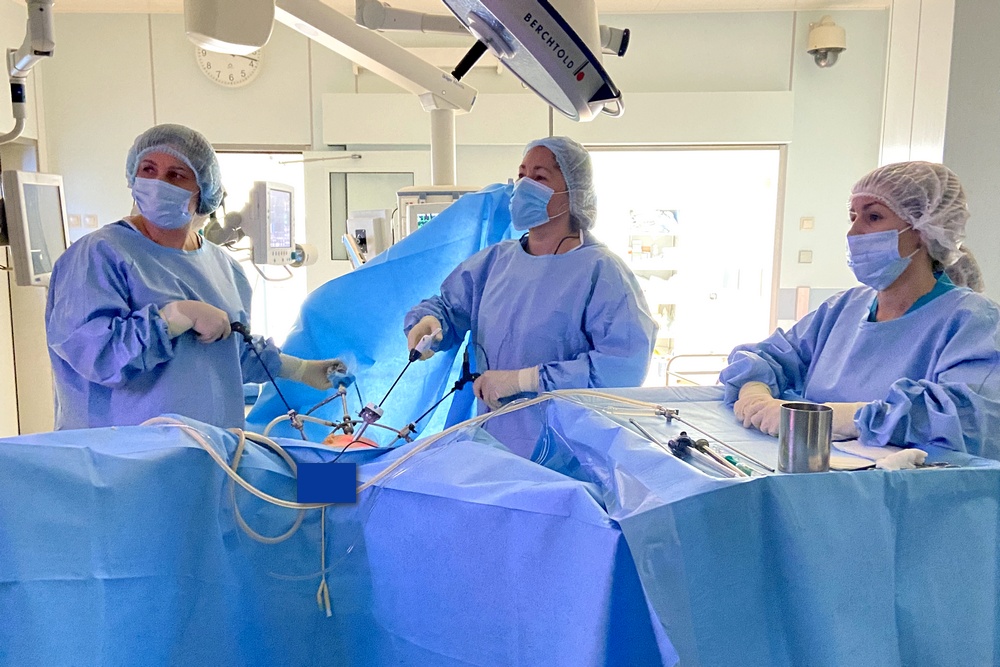 Considering that surgical treatment was carried out at the earliest possible time after the diagnosis was made and that the tumor was of a low grade malignancy (which is quite rare among all cases), the prognosis for the patient is favorable. Doctors do not even exclude the possibility of planning a new pregnancy.

Baby Victoria recently turned 10 months old. All this time, her mother has been in close contact with doctors, undergoing prescribed screenings and following the recommendations.

“In the past six months, 6 pregnant women were treated for cancers at Almazov Centre, and they gave birth to healthy babies. For many, it was the only chance to experience the joy of motherhood,” comments Natalya Osipova, Head of the Pregnancy Complications Department.

“This approach is possible only in a tertiary hospital providing high-tech medical care, like Almazov Centre that combines many competencies and specialties. This allows for making a personalized team for the management of a specific patient and successfully tackling such serious challenges as cancer in pregnancy. At Almazov Centre, women get the best possible world-class medical care. Moreover, this unique experience is passed on to young doctors who are involved in the management of clinical cases at all stages,” says Dr. Pervunina.