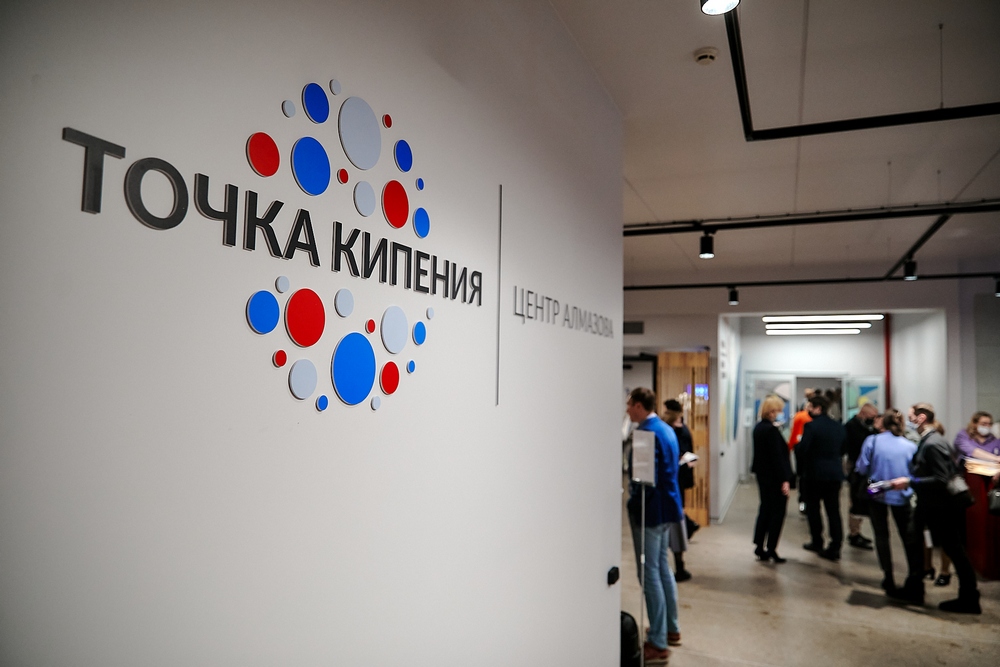 The Boiling Point at Almazov Centre became the tenth Coworking Space in St. Petersburg. Its goal is to promote scientific projects and research, attract students, scientists and teachers to the site, develop entrepreneurial projects, work with communities and data, support technology teams and startups.

In his speech at the opening ceremony, Director General of Almazov Centre Evgeny Shlyakhto highlighted the unique opportunity that the Boiling Point space offers for the young generation to show their individual abilities and create their own growth pathway and the opportunity for Almazov Centre to create a single communication platform for representatives of different communities. 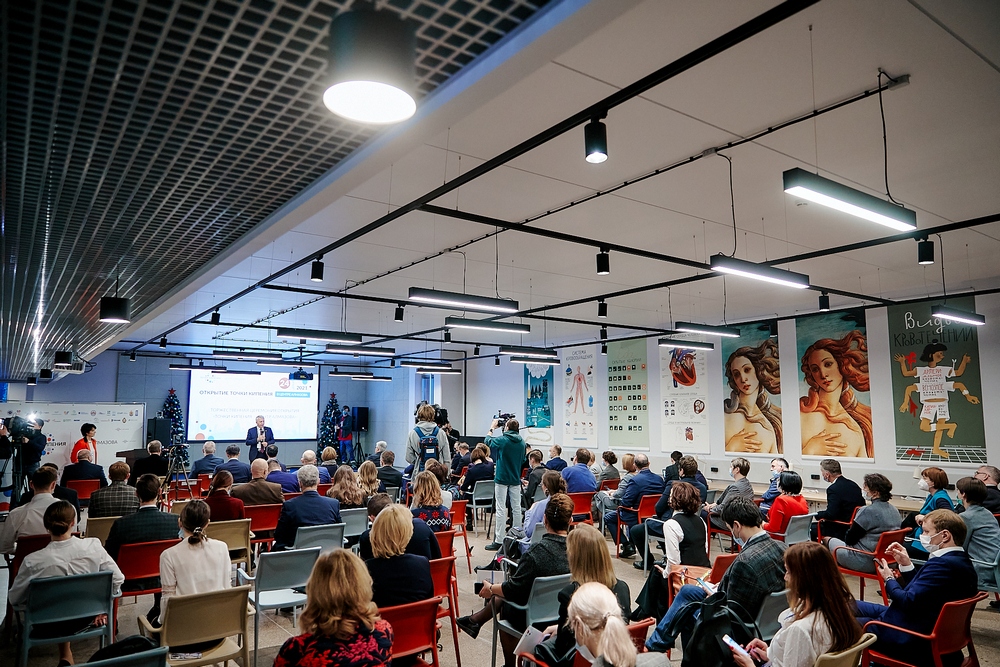 The boiling point is a platform for everyone – schoolchildren, students, doctors, city residents, representatives of business communities. It will help engage students and generate their interest in science. Students and postgraduates will have the opportunity to implement joint research projects in the field of chemical and biological research and bring their results into practice. Practitioners from all over the country will be able to participate in educational events, lectures and trainings with the involvement of leading Russian and international experts.

Dmitry Peskov, Director of the Agency for Strategic Initiatives, congratulated the organizers on the opening of the new Boiling Point. He expressed confidence that by organizing the work of the Boiling Point all technologies will be put together into practical solutions that will improve people's lives.

Russian Minister of Health Mikhail Murashko made a video message to the participants:

“The Boiling Point at Almazov Centre will focus on biomedical and medical technology areas and help develop and implement breakthrough ideas and projects that should set the direction for the development of modern medicine in our country.” 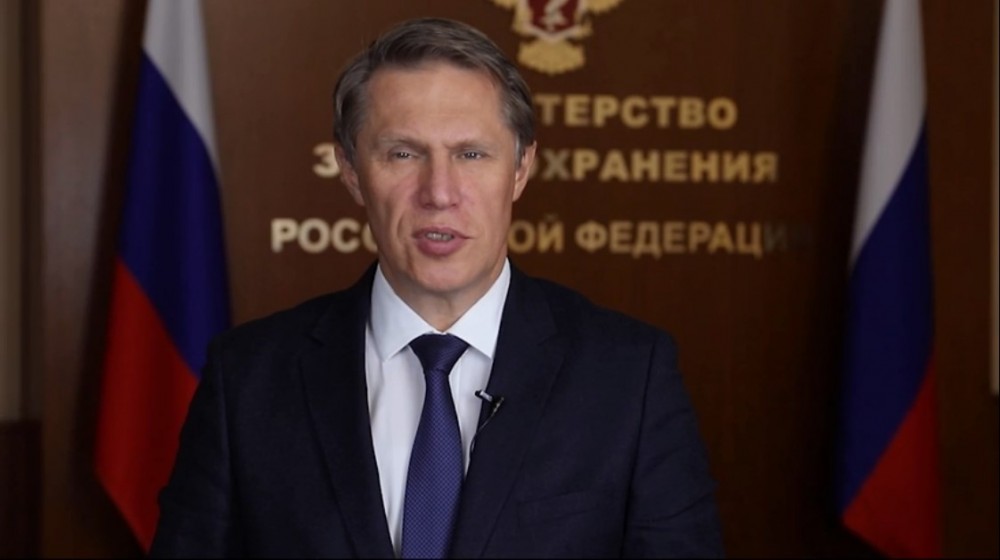 Galina Karelova, Deputy Chair of the Federation Council, sent a letter of congratulations on the successful start of a new communication platform. St. Petersburg Governor Alexander Beglov highly appreciated the opening of the Boiling Point and its significance for the city, he conveyed his greetings through Vice Governor Oleg Ergashev, who was present at the opening ceremony.

The Governor thanked Evgeny Shlyakhto and Dmitry Peskov for the implementation of this important initiative and assured that St. Petersburg was ready to provide all the necessary assistance for the project.

Olga Golodets, Deputy Chair of the Sberbank Board, and Vladimir Starodubov, Academician of the Russian Academy of Sciences, Secretary of the Medical Science Department, extended good wishes for successful and productive work of the Boiling Point.

During the opening ceremony, a MoU was signed between Almazov Centre represented by Dmitry Kurapeev, Director for Information Technology and Project Management, and iPavlov LLC represented by Director General Laurent Akobyan. 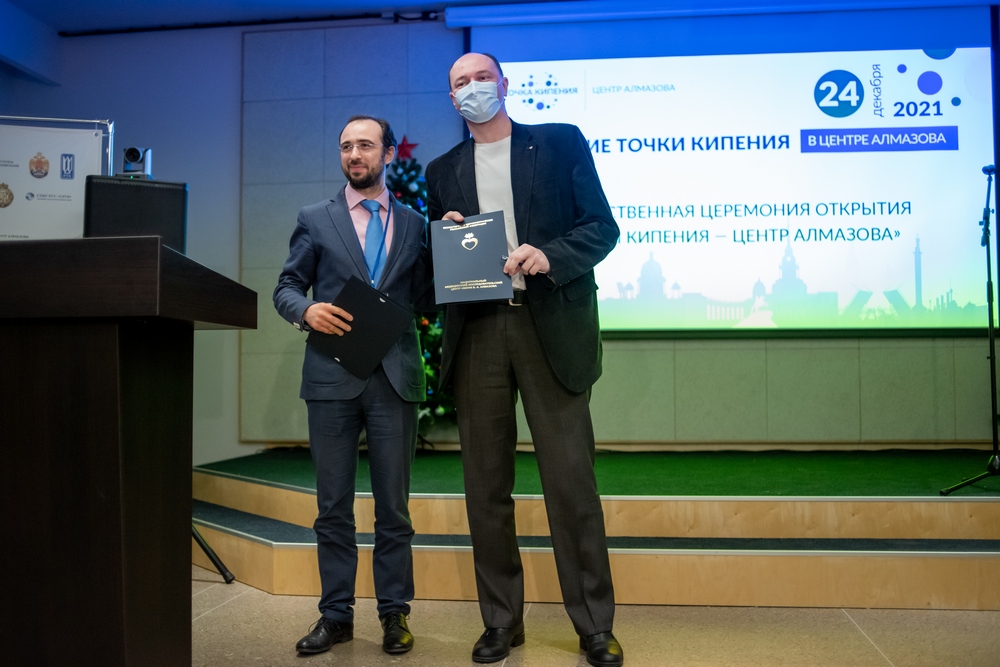 The agreement on the establishment of the Boiling Point at Almazov Centre was signed by Executive Director of the ANO Platform for National Technology Initiatives Andrey Siling and Director General of Almazov Centre Evgeny Shlyakhto. 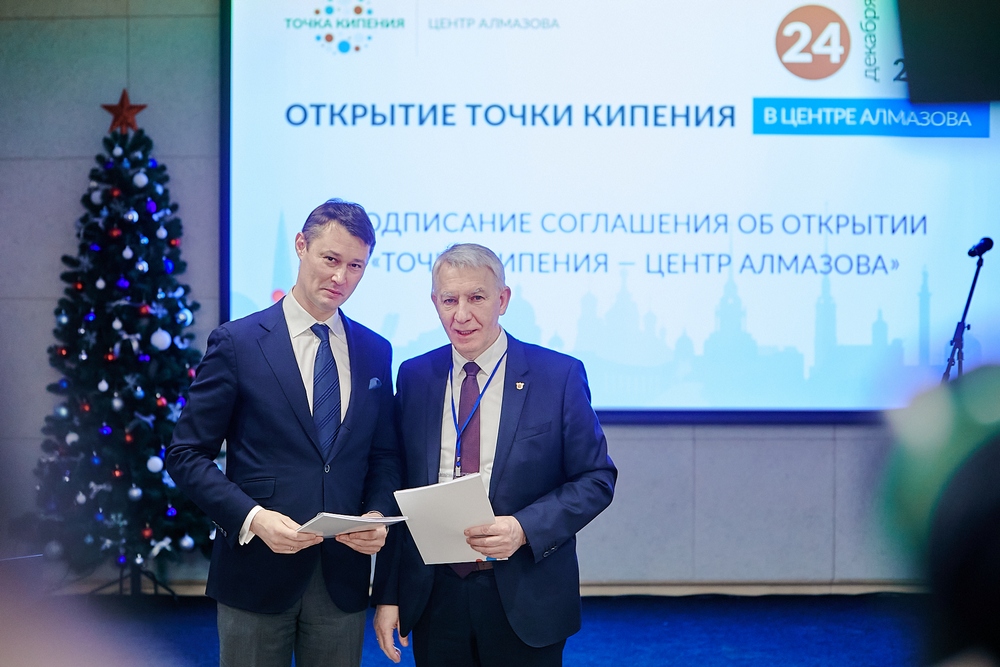 The opening ceremony ended with a symbolic action – the organizers built a model of the DNA helix. The Boiling Point is intended to unite space and time and the latest advances in science and medicine, to consolidate breakthrough ideas and technologies in the field of biomedical sciences and their modern development became possible thanks to the fundamental discoveries of the 20th century, one of them being the discovery in 1956 of the double helix structure of DNA by James Watson and Francis Crick. 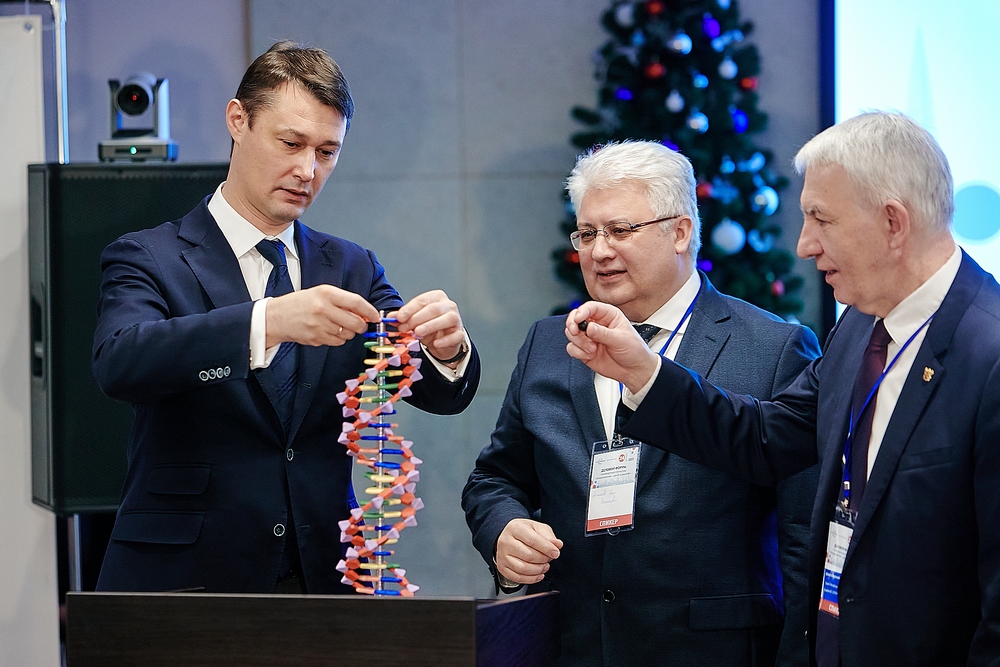 In this way, the baton of fundamental and applied discoveries in the field of medicine was passed to the biomedical youth innovation hub to explore and develop the boundless creative potential of young people. 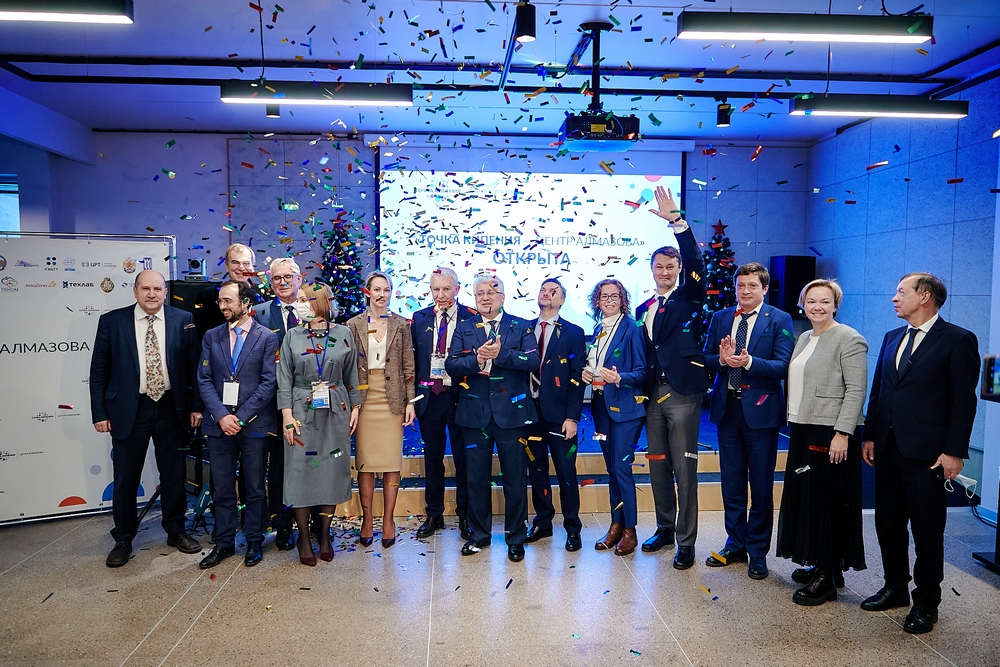 The first day of the Boiling Point was intense and full of events: the program included lectures, seminars, business games and workshops.

The program of the business forum dedicated to the opening of the Boiling Point at Almazov Centre covered four areas: Healthcare, Education, Digital Technologies and Science.

The Science section featured a panel discussion Transfer of Technologies in the Medical Market: How to Effectively Implement Innovative Solutions. 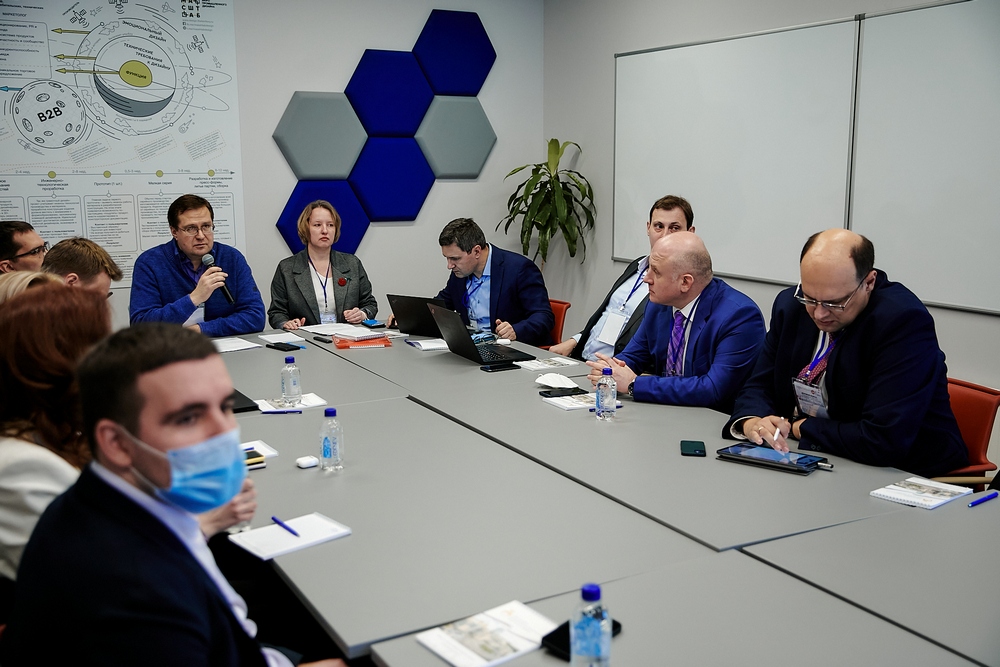