Main page » en-news » On June 16, Valentina Matvienko holds the meeting of the Board of Trustees of Almazov Centre 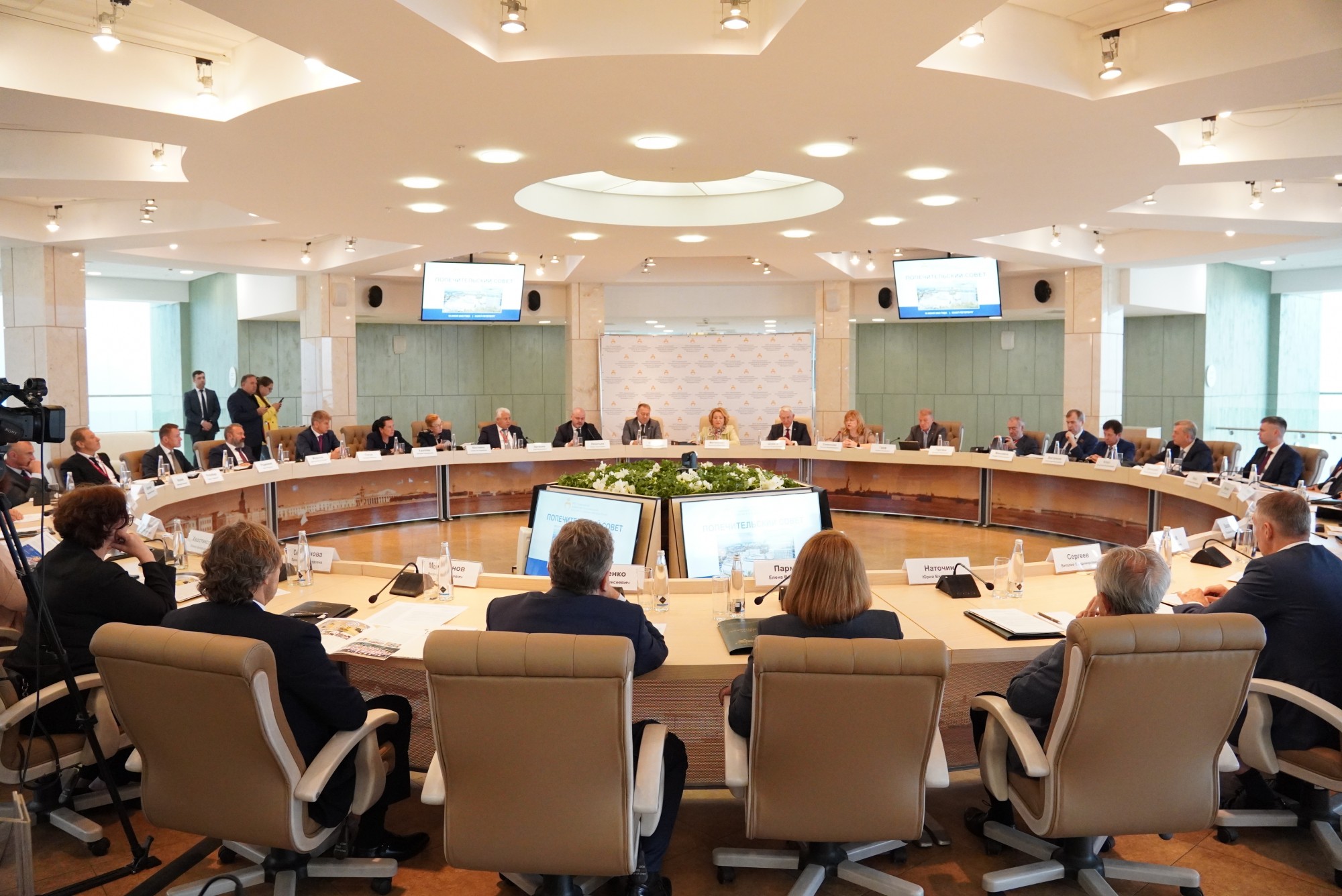 In her opening speech, Valentina Matvienko as the Chairwoman of the Federation Council and the Board of Trustees congratulated Director General of Almazov Centre Evgeny Shlyakhto and the team of health workers on the upcoming Health Worker Day and wished them all the best.

Evgeny Shlyakhto presented to the members of the Board of Trustees the implemented results and proposals planned for completion in 2022–2023 and gave a presentation on the topic: «Almazov Centre and current challenges in the nation's health.»

“Our top priority was to fulfil the assignments of the previous meeting of the Board of Trustees held in October, first of all, with regard to the program of the World-Class Research Centre (WCRC) for Personalized Medicine, completion of the educational experiment in the specialist training program, development of an artificial intelligence program and vital digital transformation of Almazov Centre,” said Evgeny Shlyakhto.

He summarized that as part of the implementation of the WCRC programs there are continued efforts to accelerate breakthrough biomedical research. The 5th St. Petersburg Medical Innovation Forum was successfully held in May. By June 2022, the WCRC for Personalized Medicine has formed a large team of scientists, including 83 leading scientists with publications in top-tier journals, there are 27 projects, 32 new scientific divisions, 12 laboratories headed by promising scientists under the age of 39.

Evgeny Shlyakhto spoke about research in the field of artificial intelligence in healthcare, the successful implementation of the program “Artificial Intelligence Technologies for Smart Clinic Services”, Priority 2030 strategic academic partnership as part of the Translational Medicine cluster, opening of the Boiling Point at Almazov Centre, a teamwork space for interaction between the representatives of education, science, business and government in the medical, technical and biomedical fields. 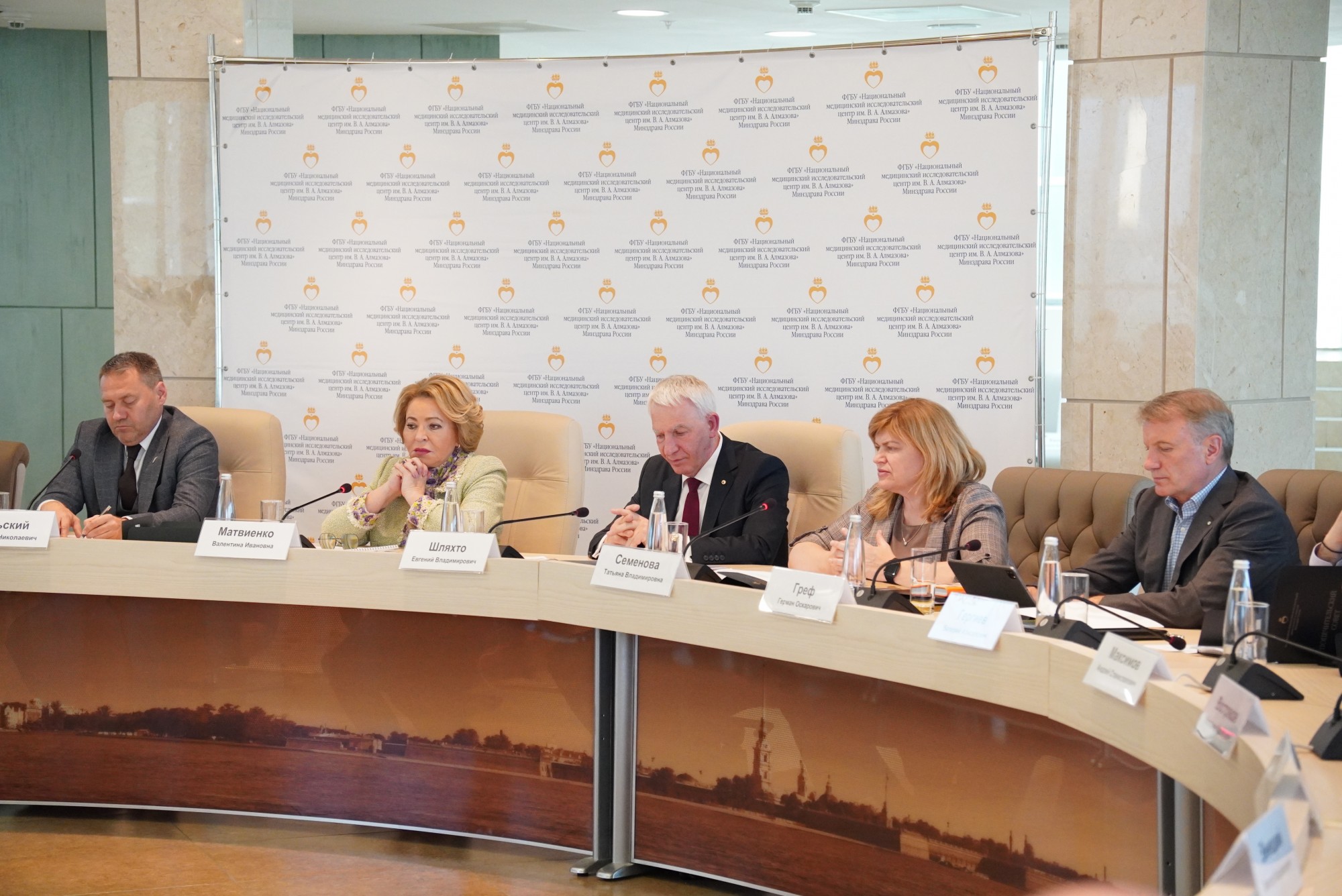 In her congratulatory speech to health workers, Tatyana Semenova emphasized that Almazov Centre has a strong team of professionals that enabled it to grow from the Institute of Cardiology into a leading academic medical centre. The example of the Centre’s specialist training program was further adopted by some institutions in other regions.

Chairman of the St. Petersburg Legislative Assembly Alexander Belsky highly praised the help provided to the city by Almazov Centre during the pandemic and expressed confidence that the Centre’s achievements can be successfully translated to other institutions in Russian regions. 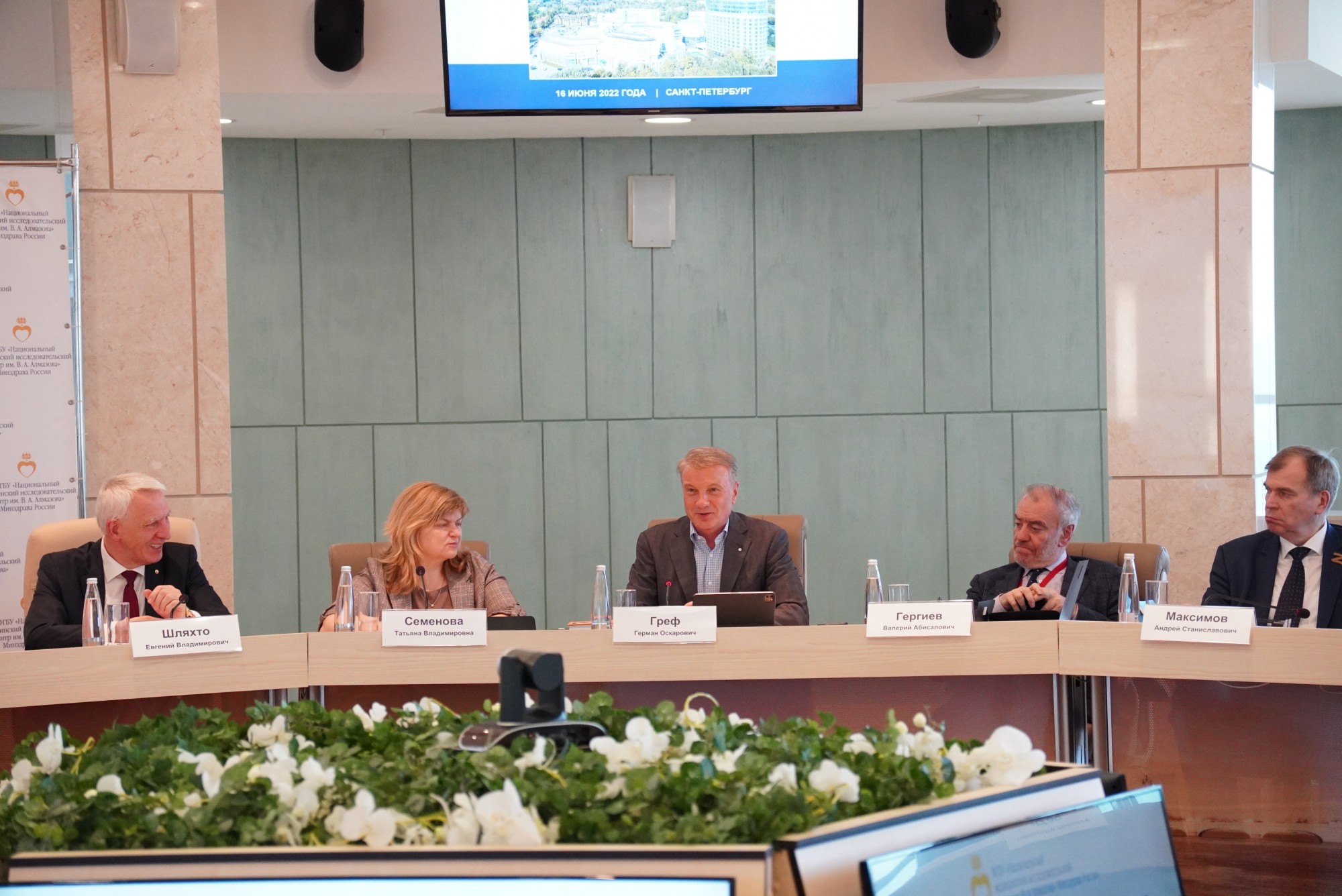 Chairman of the Sberbank Management Board German Gref spoke about the tremendous progress made in the field of artificial intelligence and outlined ways for further work in this area.

Based on the results of the meeting, the Board members resolved to consider the decisions of the previous meeting as implemented, continue the development and implementation of artificial intelligence technologies for research, educational and medical applications, support the program for the Centre for Artificial Intelligence in Biomedicine and the divisions of the St. Petersburg project office for digital transformation, support the program for an innovative ecosystem of modern biomedical education – the Medical Innovation Hub of the Translational Medicine Cluster, approve the projected development strategy for the period until 2030.