On July 7, Almazov Centre held a Conference on Hybrid Surgery for Placenta Accreta into Caesarean Section Scar. The event was co-organized by the Mother and Child Medical Group and Pirogov Russian National Research Medical University.

Moderators of the conference were Deputy Chief for Oncology of Almazov Centre, Professor of the Public Health Department Eduard Komlichenko and Head of the Obstetrics and Gynecology Department of the Pediatric Faculty at Pirogov Medical University, Director General of the Mother and Child Group Mark Kurtser.

In his speech, Professor Kurtser noted that placenta accreta has become an increasing problem in recent years due to the large number of caesarean deliveries. With the average number of 30 births per day in Moscow, 10 to 12 of them are by caesarean section and surgical techniques are often compromised. The doctor emphasized that, unlike other surgical procedures, the result of this surgery can only be assessed during the next pregnancy. 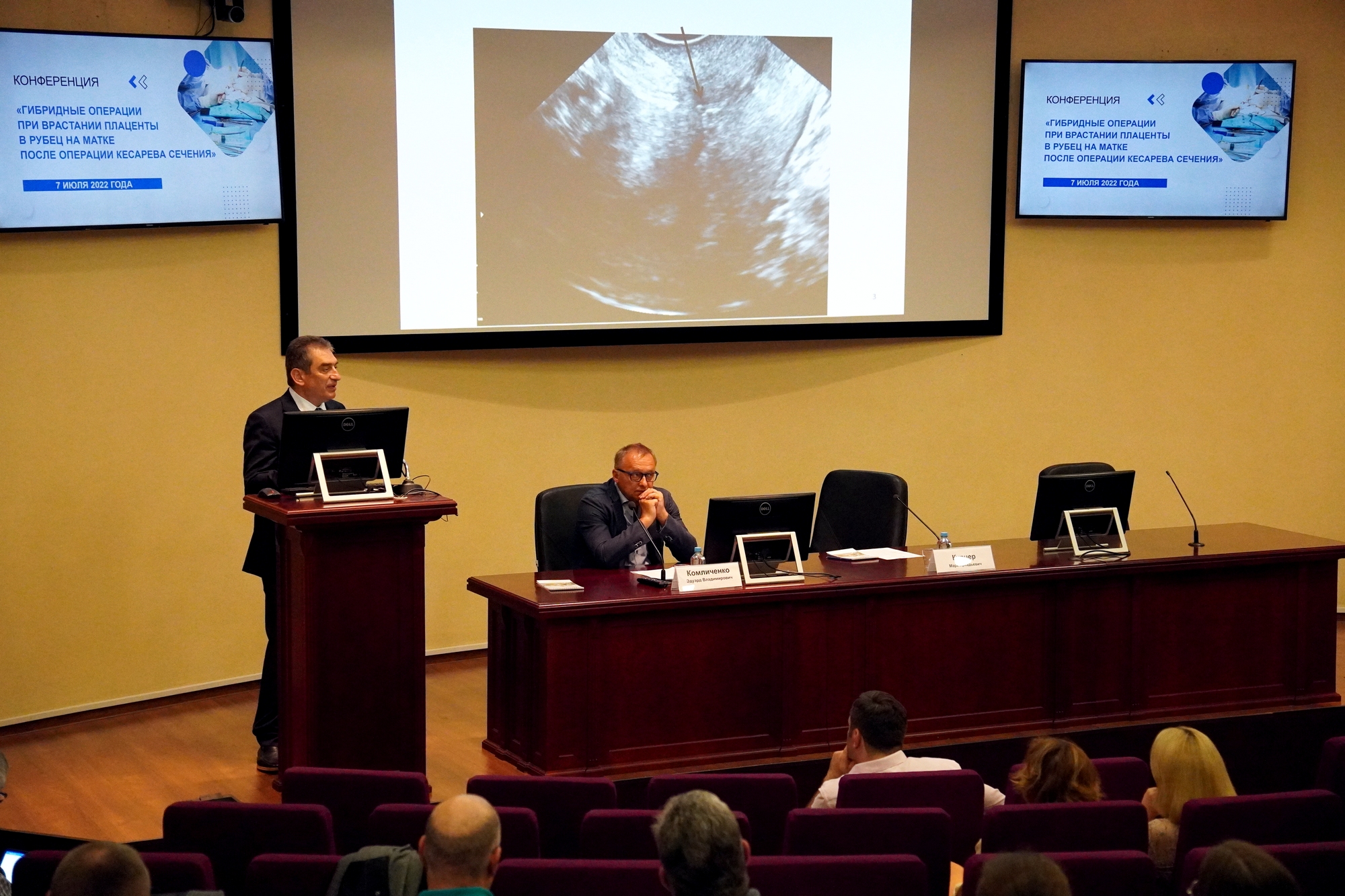 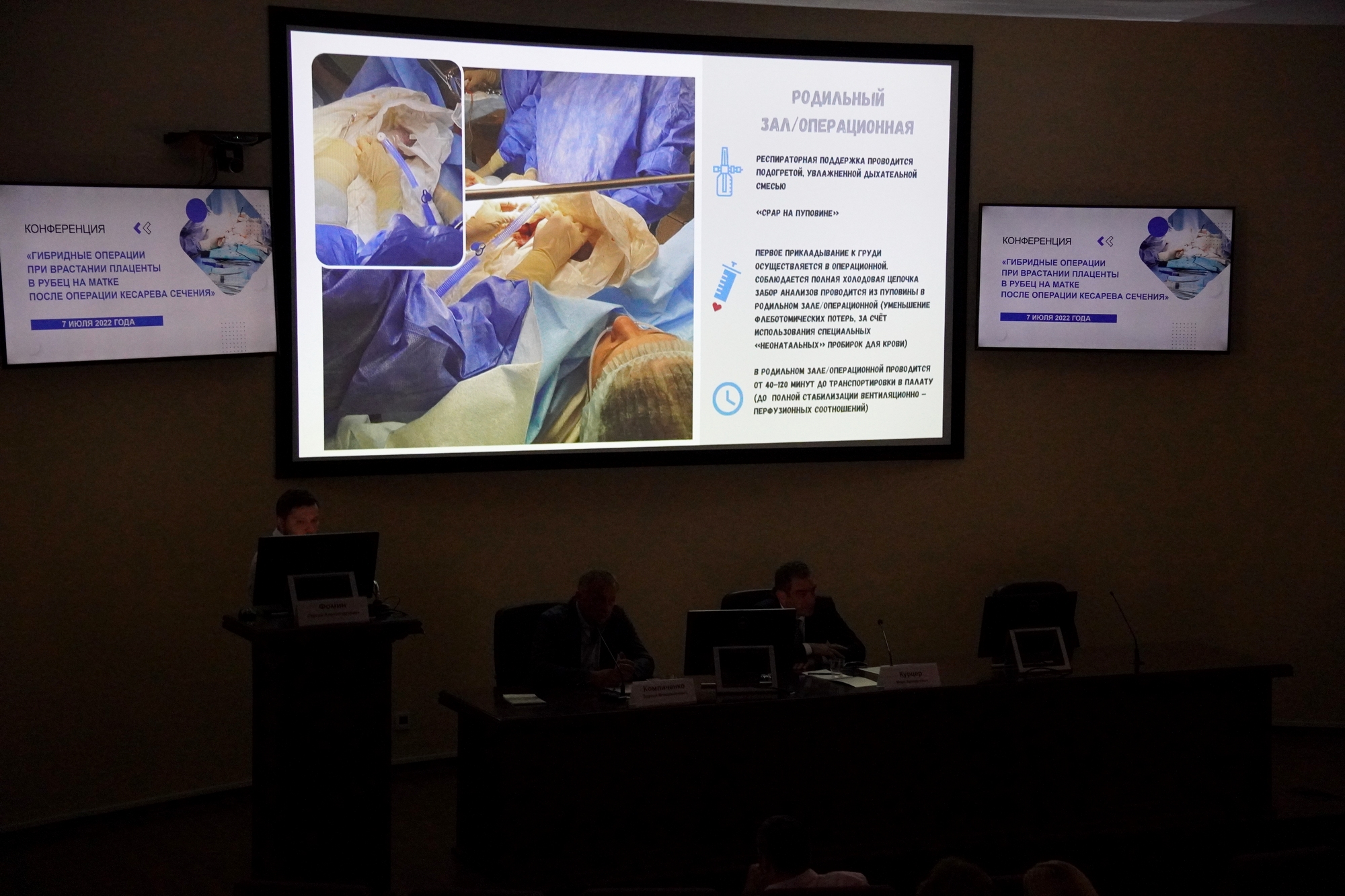