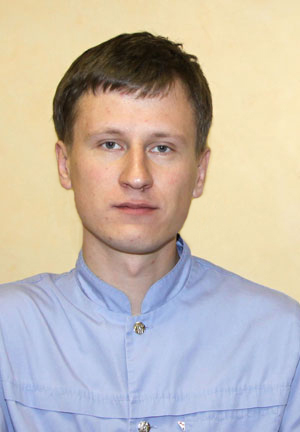 Researcher of the Research Laboratory of Oncohematology

In 2008, he graduated from the Medical Faculty of Pavlov State Medical University. , then finished the internship in “Therapy” at Pavlov State University and residency in “Hematology” at Federal Almazov Medical Research Centre.

From 2011 — a junior researcher; from 2014 Vladimir — researcher at the Research Laboratory of Oncohematology.

Vladimir is a duty hematologist of the Hematology Department of Federal Almazov Centre.