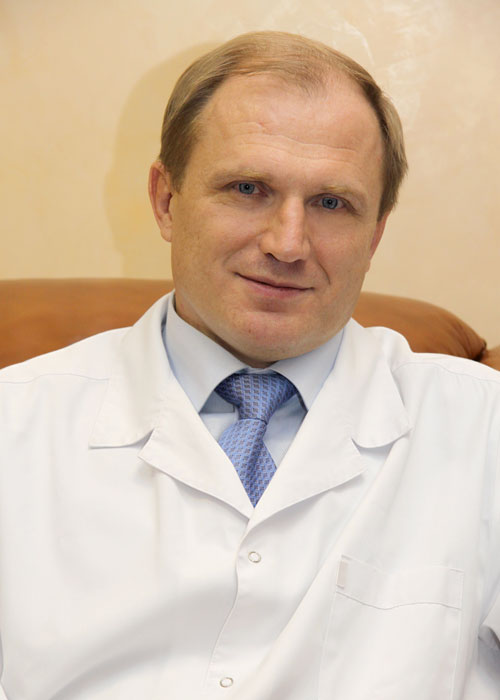 The Chief Physician of the Blood Transfusion Station of Federal North-West Medical Research Centre, PhD, Honorary donor of the Russian Federation, Head of the Research Laboratory of Transfusion and Efferent Therapy

In 1986 he graduated from the Kirov Military Medical Academy, the Faculty of Physicians Training for land and missile forces; in 1993 he graduated from the clinical study in “Transfusion”; in 1996 he defended his thesis on “The intensive plasmapheresis influence on donors’ health and efficiency”; in 2002 he defended his doctoral thesis on the topic: “The improvement of blood service production activity in the Armed Forces of the Russian Federation during peacetime”.

Sergey Sidorkevich has 4 inventor's certificates, 2 certificates for utility model and 166 rationalization proposals; received the rank of lieutenant colonel and colonel of medical service advance in schedule; for the first time in Russia he began the study and application of blood cryopreservation methods; developed the methods of 2 red cells doses from one donor; he presented the problem reports on the blood service topical issues on more than 26 Russian and international congresses and conferences.

Sergey Vladimirovich Sidorkevich has more than 300 publications, including 52 articles in medical journals, 12 guidelines, 3 manuals, military transfusion instruction, abstracts in thematic books and materials devoted to the blood service organization in peace and wartime. In April 2007 he was elected as an Academician of the International Academy of Refrigeration.