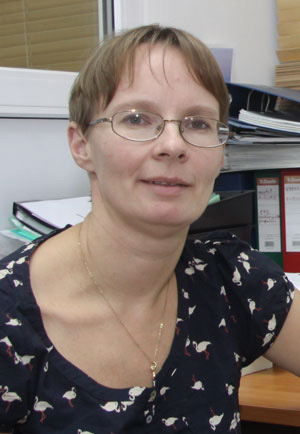 Head of the Research Laboratory of Molecular Cardiology, PhD

She graduated from St. Petersburg State University, Faculty of Biology. From 1992 to 2009 Anna Borisovna worked as a laboratory assistant and researcher, graduate student, junior researcher, researcher, senior researcher at the Institute of Cytology of the Russian Academy of Scienses.

In 1997, Anna Malashicheva had an internship at the University of Umea in Sweden: “Cytotoxic T-lymphocyte antigen 4 is induced in the thymus upon in vivo activation and its blockade prevents anti-CD3-mediated depletion of thymocytes” (Cilio CM, Daws MR, Malashicheva A, Sentman CL, Holmberg D.).

In 2001, Dr. Malashicheva successfully defended her PhD thesis on “Investigation of the teratocarcinoma cell cycle checkpoints of a mouse under the damaging agents”. From 2001 to 2003 she interned in France in Lyon, Ecole Normale Superieur de Lyon; from 2005 to 2006 had an internship in Germany, the Max Planck Institute.

Since 2009, Anna Malashicheva has been working in Federal North-West Medical Research Centre as the Head of the research laboratory.

Dr. Malashicheva is the head of the project “Translational medicine methods in cardiovascular diseases pathogenesis” under the Federal Program “Scientific and scientific-pedagogical personnel of innovative Russia” in 2009–2013. She developed a series of lectures and workshops on translational medicine for physicians and biologists.