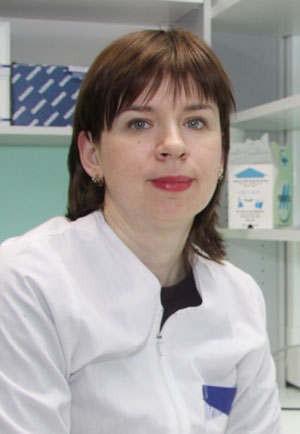 Researcher of the Research Laboratory of Molecular Cardiology, MD.

From 2003 to 2006, she was a post-graduate student of Federal Almazov Medical Research Centre. Since 2006, she has been an Assistant of the Faculty Therapy Department of Pavlov State Medical University.

In 2006 she successfully defended her thesis on the topic: “Homocysteine and structural gene polymorphisms of methylenetetrahydrofolate reductase and myocardial infarction risk in men of all ages”.

Since 2011 — the Head of the Training Department of the Institute of Molecular Biology and Genetics of Federal North-West Medical Research Centre.