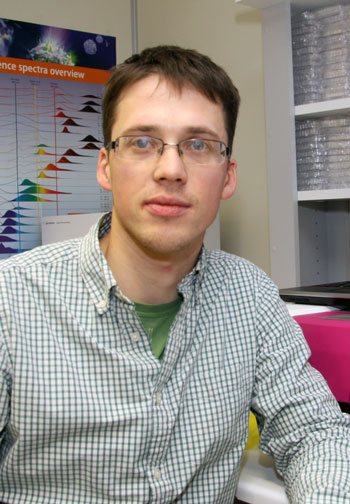 Senior researcher of the Research Laboratory of Oncohematology, Candidate of biological sciences.

In 1996 he entered Biology and Soil Sciences Department of St. Petersburg State University. In 2003 he defended his master's thesis on the topic “Differentiation of line Hl-60 cells under the phorbol ester action”.

From 1999 to 2004 Pavel Butylin conducted researches at the Institute of Cytology of the Russian Academy of Sciences at the department of N.N. Nikolsky. From 2003 to 2007 he was an intern at the National Institutes of Health (USA) under the guidance of A. Strunnikov.

Since 2010 Pavel Andreevich Butylin is an employee of the Institute of Hematology of Federal Almazov Medical Research Centre. He is also the author of more than 8 scientific publications in refereed journals.