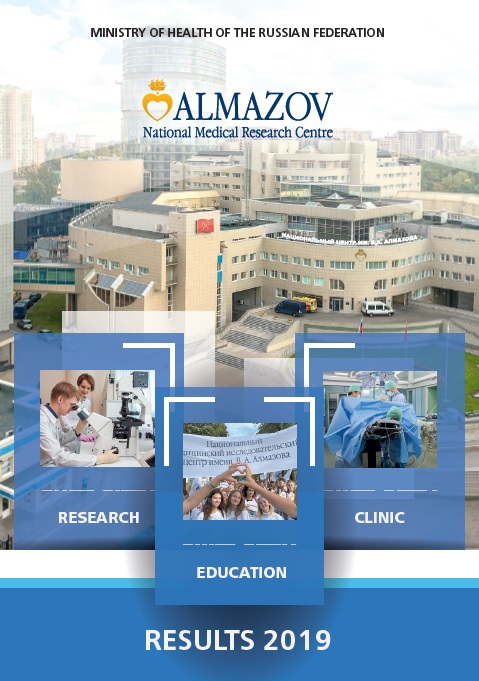 Almazov Centre has founded five scientific journals included in the Russian Science Citation Index, and one of these journals won the Russian scientific journals contest held by the Russian Ministry of Education and Science. In 2019, 14 monographs, textbooks and guides were published. The specialists of the Centre won numerous competitions, grants for young scientists from various societies and conferences and became honorary members of scientific societies.

The Centre has agreements on scientific cooperation in various fields with 42 universities and research institutions from around the world. In 2017–2019, new memoranda on cooperation were signed between the Centre and foreign scientific and educational organizations, including the Lithuanian University of Health Sciences, Nicolae Testemițanu State University of Medicine and Pharmacy (Moldova), International Chronic Myeloid Leukemia Foundation (Great Britain), London School of Hygiene and Tropical Medicine (Great Britain). Under the agreement with the National Research University Higher School of Economics, joint activities are carried out with the International Centre for Health Economics, Management, and Policy. The training under the Computational Biomedicine master's programme is delivered jointly with the University of Amsterdam under the agreement with the University of Information Technologies, Mechanics and Optics.

In 2019, Almazov Centre held more than 50 congresses, conferences and other events with international participation.