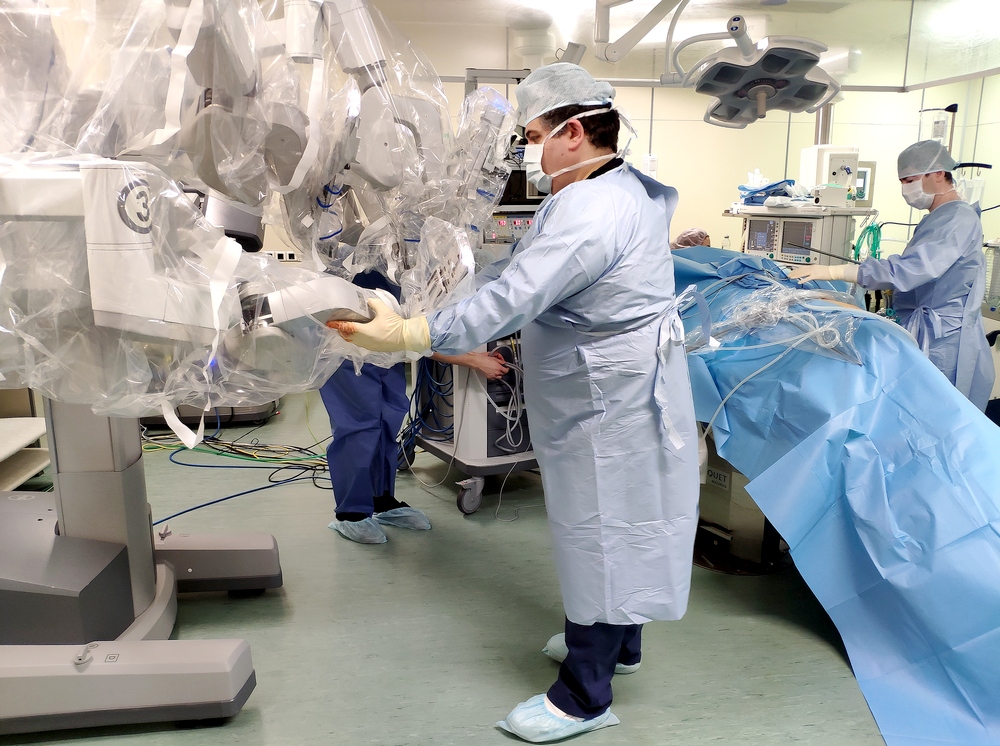 On April 18, a team of doctors at Almazov Centre successfully performed a rare combined surgery to remove a kidney with a large tumor and a tumor thrombus involving the inferior vena cava.

In March 2019, a 58-year-old woman (a foreign patient) was diagnosed with a large kidney tumor measuring about 6 cm in diameter, with an extended tumor thrombus involving the inferior vena cava. She was previously denied surgical treatment in many clinics.

The doctors of Almazov Centre made a difficult decision to perform a robot-assisted laparoscopic surgery to remove the kidney and tumor thrombus with resection of the wall of the inferior vena cava.

The surgeons successfully performed a two-stage combined surgery. Dr. Mikhail Chernyavsky, Director of Vascular Surgery Clinic, performed endovascular embolization of the artery supplying blood to the kidney in order to avoid the high risk of bleeding during the main stage of the surgery, which was performed by Prof. Mikhail Mosoyan, Medical Director of Urology and Robotic Surgery Clinic. The patient underwent endovideosurgical IVC thrombectomy and right radical nephrectomy using the Da Vinci Si robotic system. 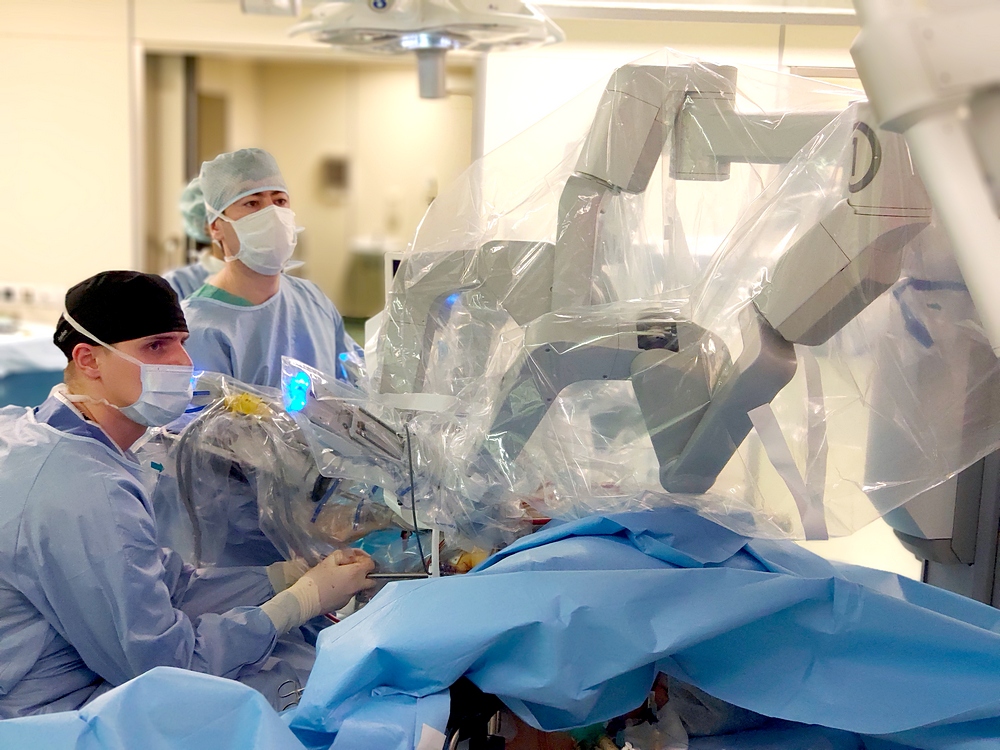 It should be noted that due to the tumor thrombus extending almost to the confluence of hepatic veins, the work of surgeons was largely complicated. The surgery took about 5 hours. The blood loss was 800 ml, but thanks to the unique equipment, most of the blood was returned to the bloodstream.

Currently, the patient is recovering well.