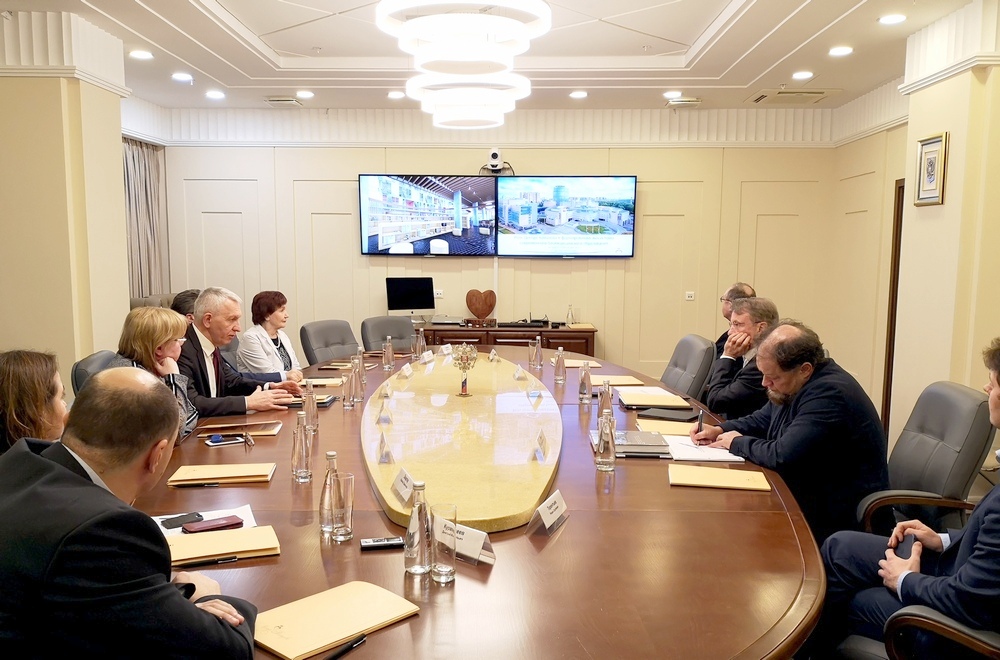 During the visit, CEO and Chairman of the Executive Board of Sberbank toured the Preclinical Translational Research Centre and got familiarized with the work of the laboratory animal house and research laboratories of the Experimental Medicine Institute.

During the tour around the Preclinical Translational Research Centre, the group discussed the issues of using Danio rerio fish in modern biomedicine, the relevance of an OR for working with large laboratory animals, the need to use animal biomodels to study the role of particular genes in the pathogenesis of common diseases. 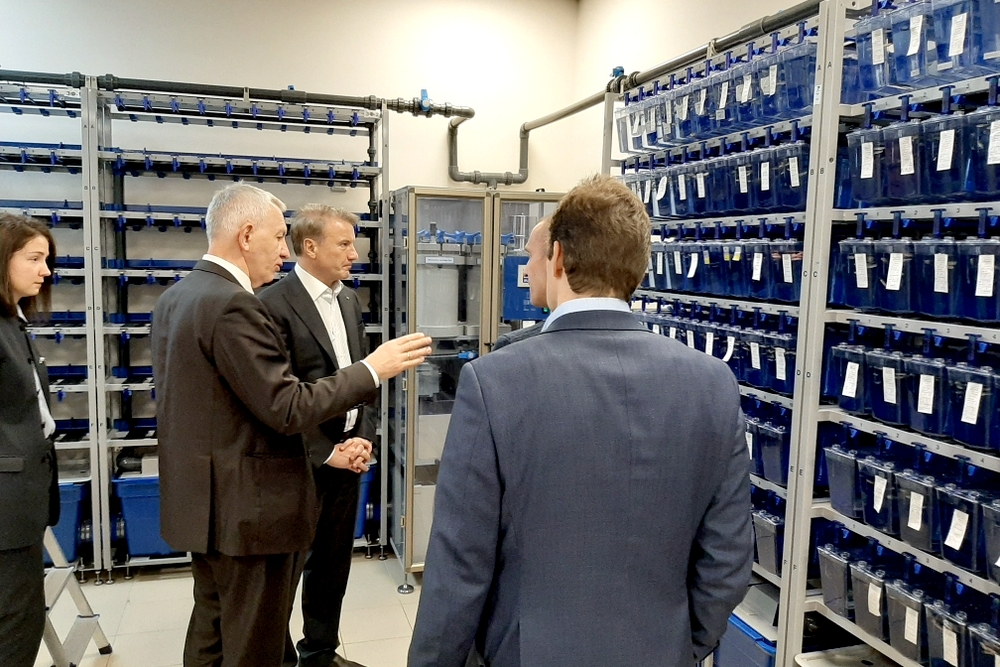 The specialists of the Chemical Analytical Department of the Centre told the guest about scientific projects relating to the identification of molecular biomarkers in human diseases and their detection in biological samples.

Herman Gref also visited the educational facilities of Almazov Centre: classrooms, lecture halls and laboratories. He personally talked with the students of the Medical Education Institute and expressed confidence that the project launched as an educational experiment had a great future and in the future this institute will rank among the best in Russia. 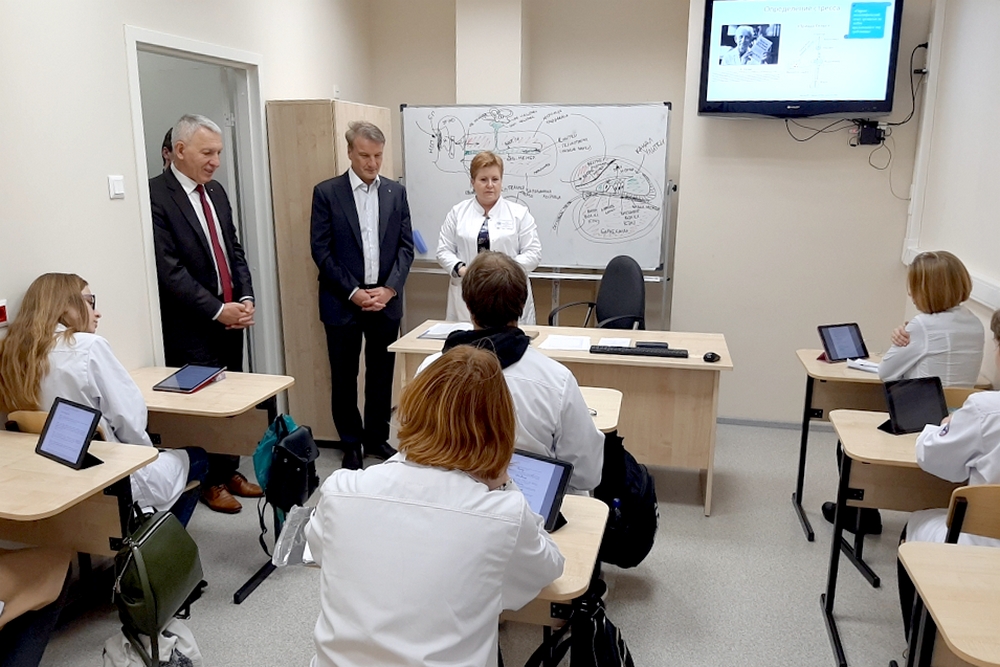 The visit to the Preclinical and Translational Research Centre ended with an informal discussion on the major motivating factors for scientists as well as the place of science in the rapidly changing modern world.

During the working meeting between Herman Gref and the administration of Almazov Centre, the major topics for discussion were updating and improvement of information technology resources that provide services for the optimization of medical services, applications and data storage systems. 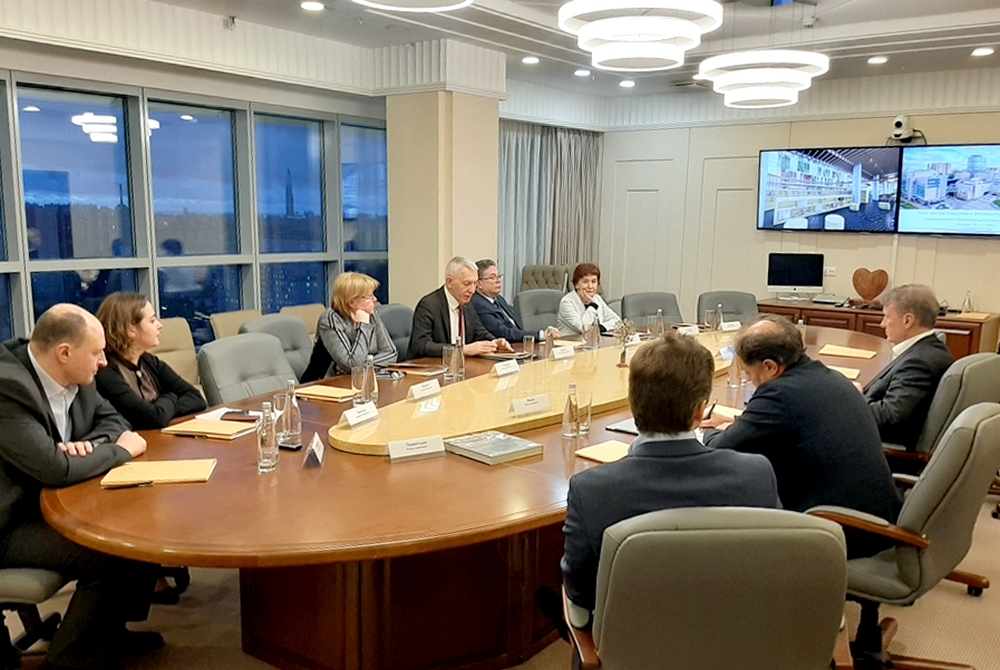 The participants of the meeting presented the achievements of Almazov Centre in the field of artificial intelligence created jointly with the National Centre for Cognitive Technologies of ITMO University.