On February 13–14, Arkhangelsk hosted a symposium “Major new findings and future perspectives of collaborative studies of health differences between Norway and Russia”. The symposium is a continuation of the successful Heart to Heart symposium held in 2018 in Tromsø, Norway. The event brought together more than a hundred leading and young scientists as well as clinicians from Russia, Norway and the UK, representatives of the Norwegian healthcare administration.

Oksana Rotar, Head of the Research Laboratory for Epidemiology of Noncommunicable Diseases ave a presentation “Innovations in the treatment of cardiovascular disease”. 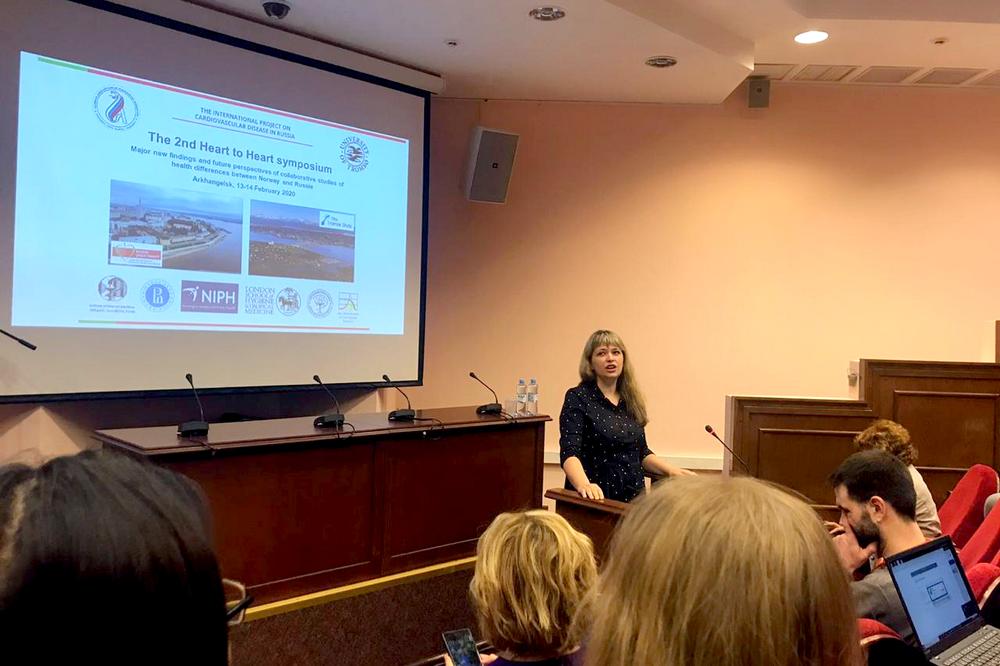 The mortality rate from cardiovascular disease in the Russian population in working age is eight times higher than in Norway. The Heart to Heart initiative aims to understand the reasons behind the difference by comparisons between the Norwegian Tromsø Study and the Russian Know Your Heart study in Novosibirsk and Arkhangelsk, a part of the International Project on Cardiovascular Disease in Russia.

The two studies were conducted using similar protocols and have generated a unique and extensive set of comparable data which allows identifying differences in risk factors, biomarkers and cardiovascular structural and functional phenotypes that underlie the huge between-country difference in cardiovascular mortality.

The collected data also allows investigating differences between Norway and Russia in lifestyle and social determinants of health, specific health conditions like kidney and respiratory dysfunction, anxiety and depression, as well as in use of medications and health care services.

The ongoing Heart to Heart studies have generated a substantial batch of new findings and new hypotheses, new projects have appeared, and new dimensions, perspectives and challenges for comparisons have been defined.