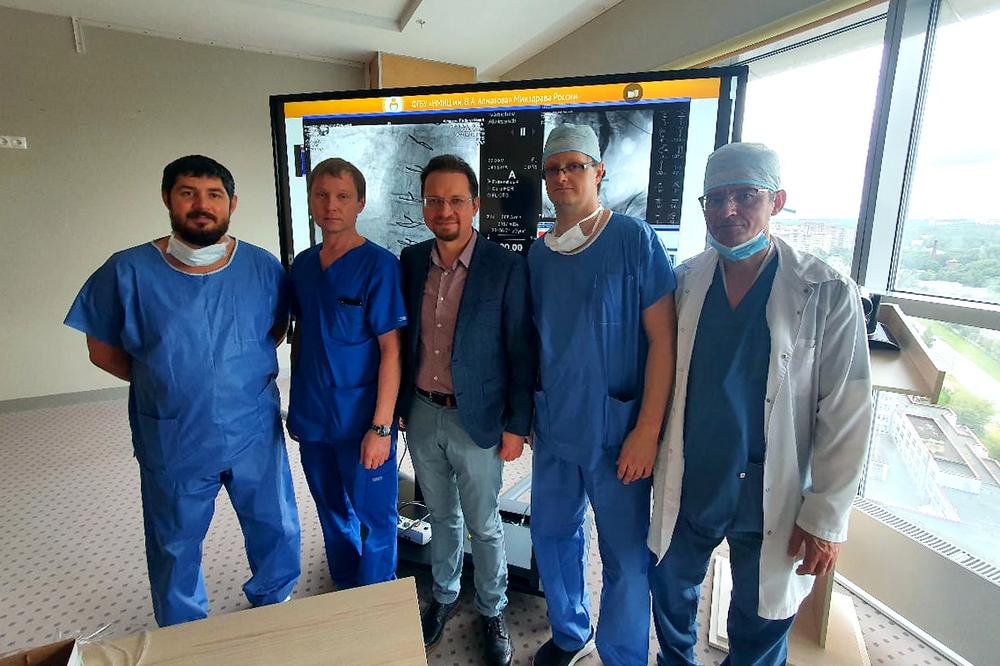 In vascular surgery, patients with aneurysms posing a constant risk of rupture are one of the most difficult to treat.

In a case where the aortic dilatation originates immediately beyond the renal arteries, open abdominal aortic repair using a bifurcated prosthetic graft is proposed, whereas it is often associated with high risk of perioperative complications. One of the solutions for these patients is the ChEVAR parallel graft chimney technique. In case of using the chimney technique, there is a need for stenting of the renal arteries, and sometimes the superior mesenteric artery and the celiac trunk. 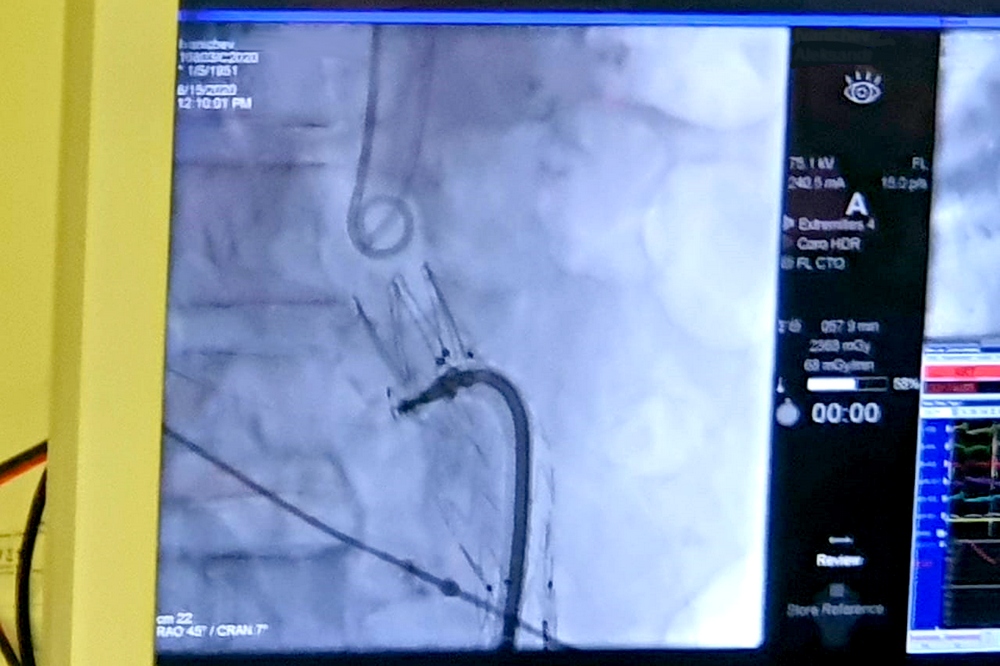 The innovative Heli-FX™ EndoAnchor™ system is intended to provide fixation and sealing between endovascular aortic grafts and the native artery. The Heli-FX™ system is indicated for use in patients whose endovascular grafts have exhibited migration or endoleak, which may cause further growth of the aneurysm sac and its rupture, despite the surgery performed.

At Almazov Centre, this technique was successfully used in a 69-year-old patient with an abdominal aortic aneurysm diagnosed in 2018, severe comorbidity, an occluded left renal artery, a wrinkled left kidney, and up to 80% narrowing of the lumen in the single right renal artery. The man was admitted to the vascular surgery clinic for health reasons. The case was peculiar due to the large diameter of the aneurysm, the short neck of the aneurysm and renal artery stenosis. 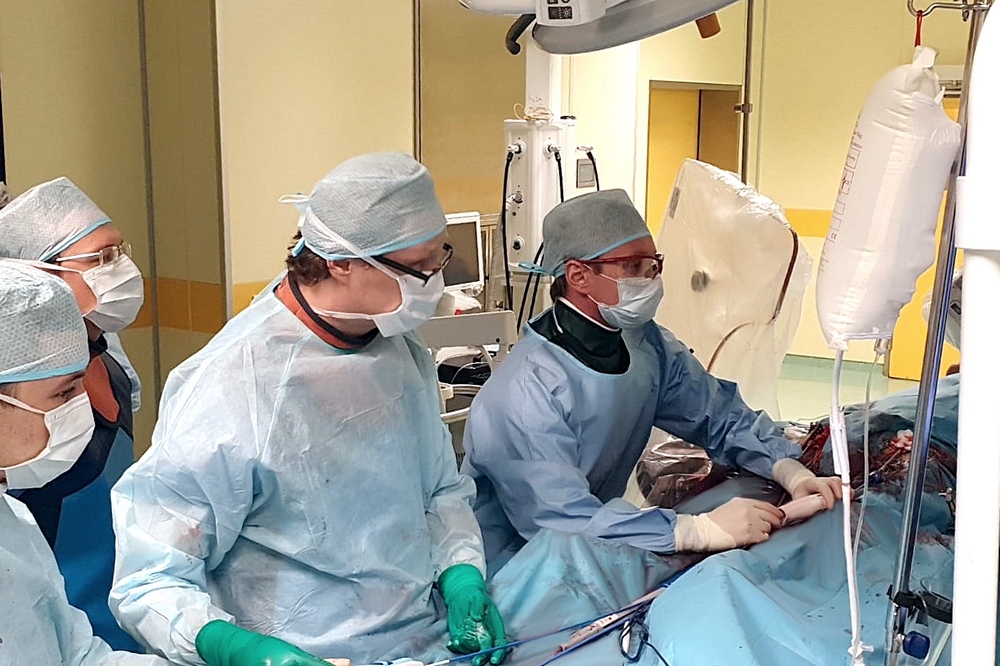 The scientific consultant for the graft fixation procedure was the leading researcher of the Department for X-Ray Surgical (X-ray endovascular) Methods of Diagnosis and Treatment of Petrovsky Russian Research Centre of Surgery, Roman Polyakov (Moscow).

Endovascular abdominal aortic repair with simultaneous stenting of the right renal artery was performed in the hybrid OR under local anesthesia. The graft implantation procedure lasted about 40 minutes. Currently, the patient’s condition is stable. The postoperative period was unremarkable. In the future, the man will continue to be followed up by the specialists of Almazov Centre.

The introduction of innovative technologies is a priority for the Vascular Surgery Clinic of Almazov Centre, and the available state-of-the-art equipment coupled with high expertise of doctors guarantee the success of surgery and the ability to provide timely and high-quality care to patients.