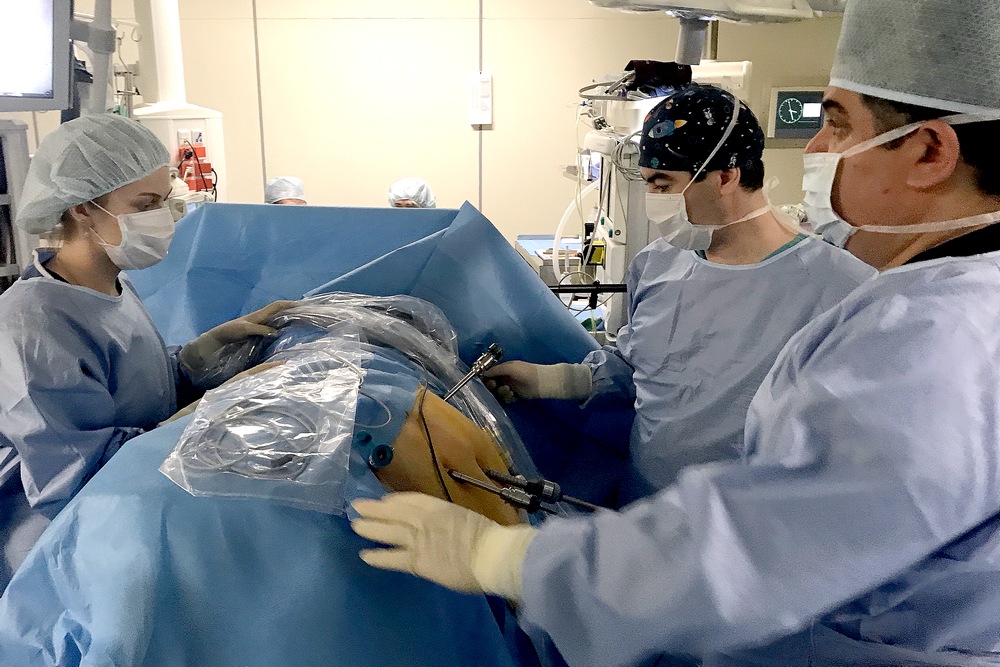 A routine examination in a 69-year-old woman revealed a large tumor of the right kidney. Due to concomitant cardiac, endocrine and gynecological conditions as well as severe edema of the lower extremities and extreme obesity (weight 175 kg, height 168 cm), several leading medical centres of the country refused to perform open or laparoscopic surgery on the patient.

Considering the individual peculiarities of the patient, the specialists of Almazov Centre decided to perform a nephrectomy (surgery to remove a kidney) on the da Vinci robotic system using special long surgical instruments (trocars).

Dr. Mikhail Mosoyan, the head of Urology Department with a robotic surgery course at Almazov Centre, performed the surgery. During the surgery, an umbilical hernia was repaired, multiple adhesions of the abdominal cavity were dissected and the right kidney with a large tumor was removed without complications. 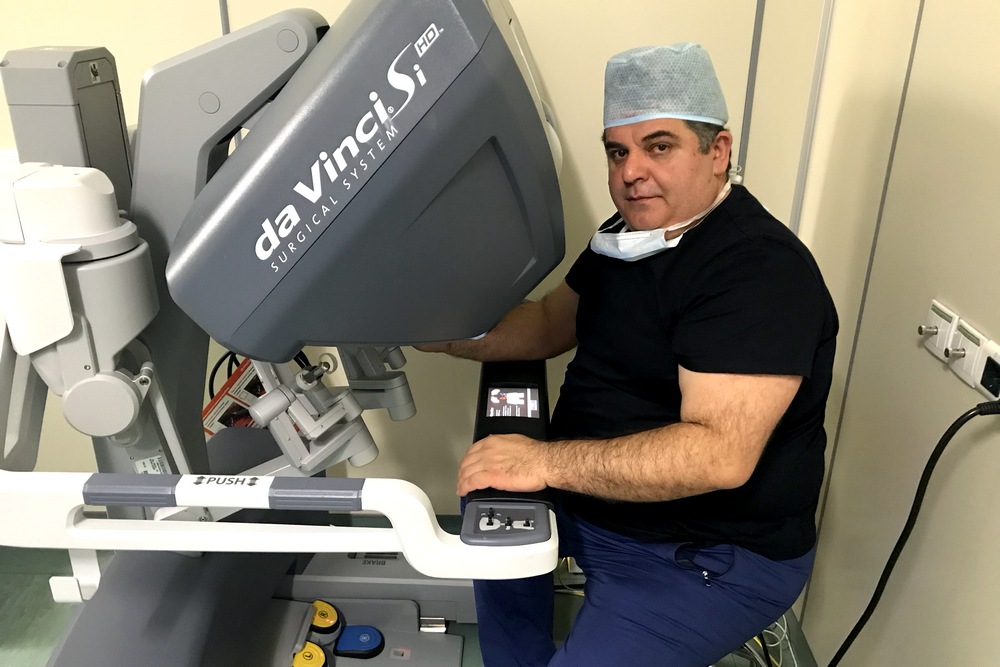 It should be noted that there are no publications on robotic surgery in patients with an extremely severe obesity in Russia, and only a few cases are described abroad. Considering the successful experience of Almazov Centre specialists, it can be argued that morbid obesity is yet another indication for robot-assisted surgery.

Now, the patient’s condition is stable and she has been discharged for follow-up treatment.