For the first time, a method involving the use of carbon dioxide as an intravascular contrast agent was introduced at Almazov Centre for endovascular procedures for aortic and peripheral arterial disease. 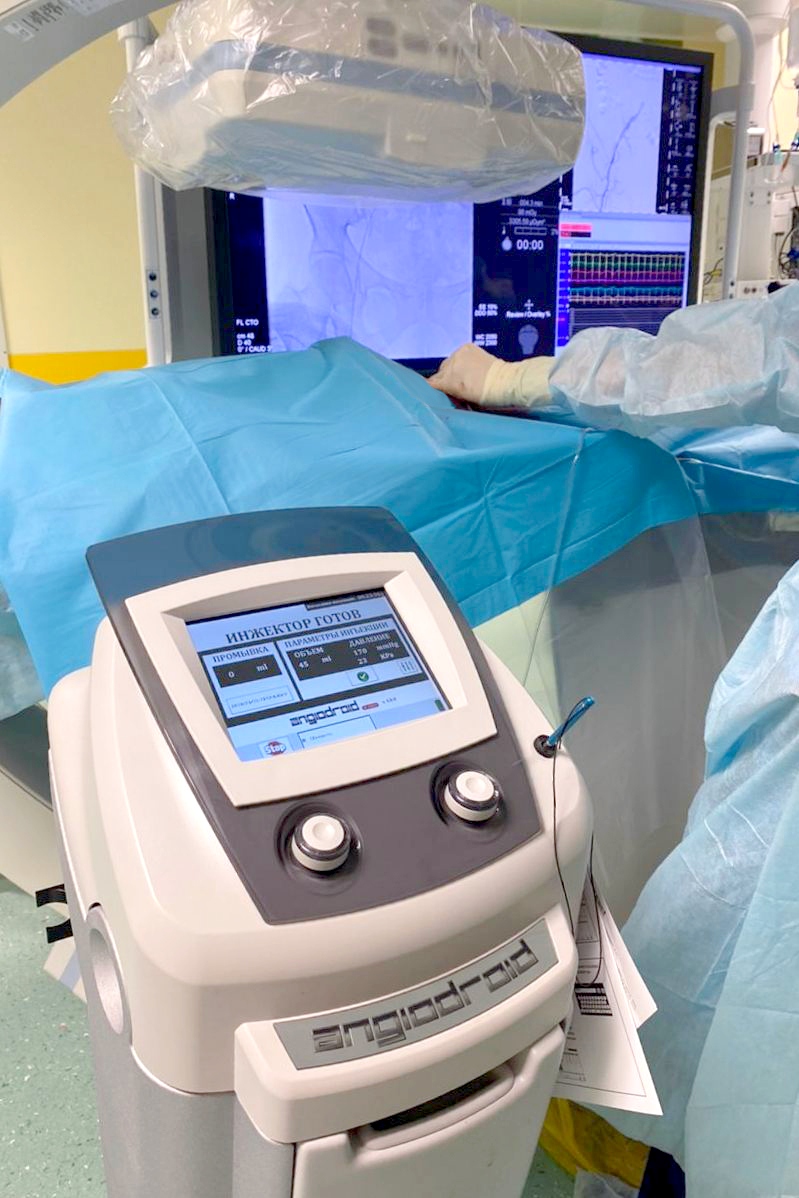 СО2 is a non-toxic, highly compressible gas. It is produced endogenously, and there are no СО2-related allergic reactions or nephrotoxicity. Its solubility is 20-30 times higher than that of O2, therefore the risk of embolism is minimal. When administered intravenously, this gas dissolves in the blood in 30-60 seconds and leaves the body through the lungs.

The studies revealed that the quality of images in СО2 angiography is not much lower compared to the quality of angiography with iodine-containing contrast agents. This technique can be used for angiography and endovascular procedures for diseases of the abdominal aorta, lesions of the visceral arteries, arteries of the lower extremities, veins of any location. Carbon dioxide angiography can be used in patients with an allergic reaction to contrast media and, importantly, in patients with chronic and acute renal failure. Iodine-containing contrast agent can also be used in combination with СО2 if absolutely necessary. Previously, endovascular surgery was performed in a very limited number of patients with a high risk of renal injury, and in some cases it was absolutely impossible, and only open surgery could be offered for these patients.

In the hybrid OR, the team of the Vascular and Interventional Surgery Department headed by Mikhail Chernyavsky performed CO2 angiography and revascularization of the lower limb arteries. The time of the procedure did not differ from that of standard angiography, and the visual result was in no way inferior to iodine-containing contrast agent. Thanks to the state-of-the-art facilities of the hybrid OR in Almazov Centre, the integration of the CO2 injector took just a few minutes.

The introduction of innovative technologies into clinical practice is a priority for vascular surgery clinic as it allows expanding the indications for minimally invasive procedures in high-risk patients.