Main page » en-news » Urogynecology: a new area in the combination treatment for girls in the Children’s Clinic 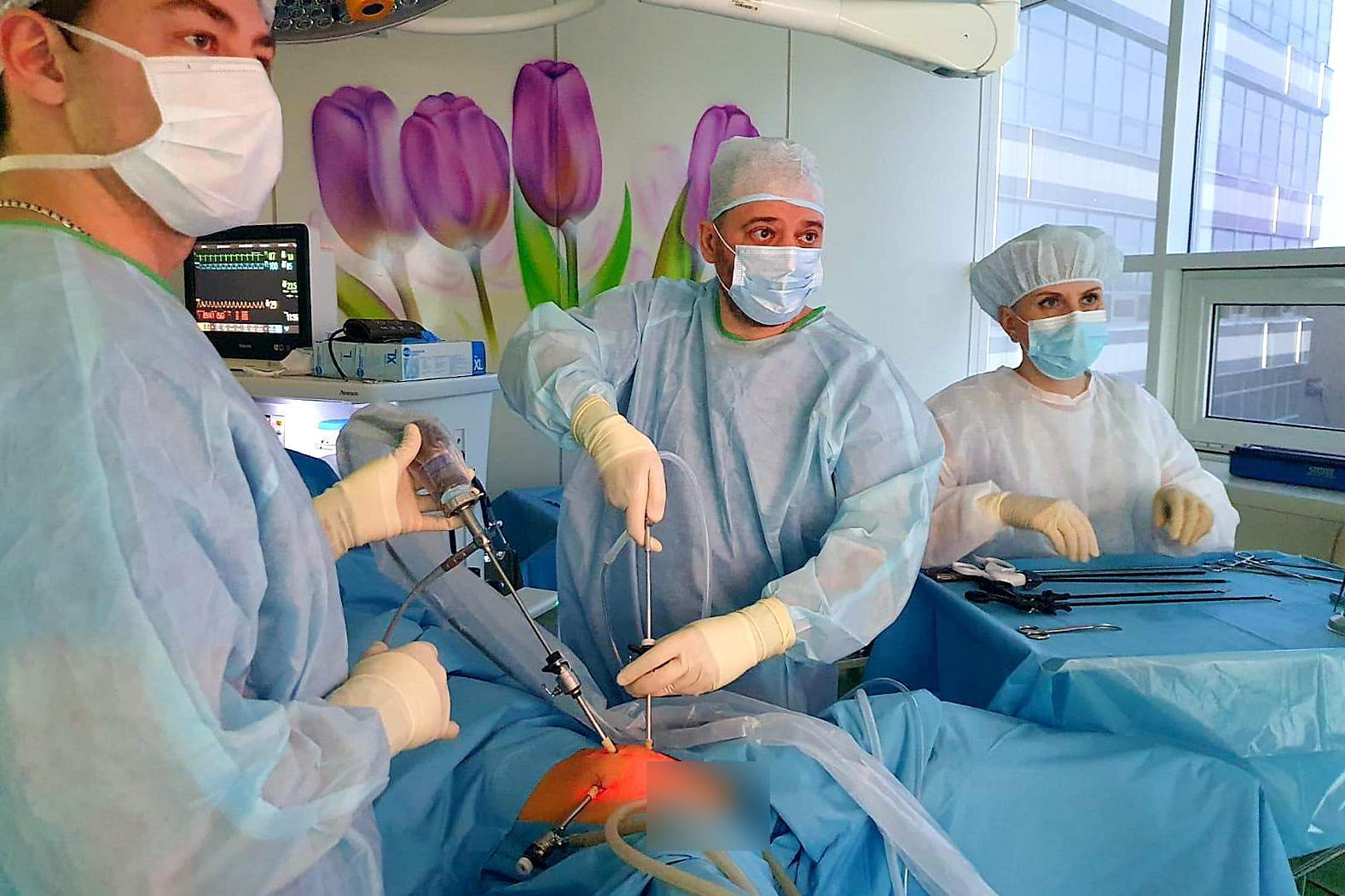 Cases of combined congenital anomalies of the urinary and genital organs are not uncommon due to the commonality of their embryonic development. The symptoms of combined genitourinary anomalies make it difficult to correctly diagnose and require the involvement of a urologist and gynecologist for the patient’s management. The most common combined anomalies are found in childhood, requiring special training of pediatric specialists.

In 2021, the Adolescent Gynecology Department at the Children's Rehabilitation Clinic of Almazov Centre opened 5 dedicated urology beds. The department is headed by Associate Professor Nadezhda Kokhreidze, urology care is managed by Head of the Research Laboratory of Pediatric Surgery for Congenital Anomalies Ilya Kagantsov. Below we present one example of a successful integrated approach in the management of a 14-year-old patient.

Ultrasound image of a paravaginal cyst

The girl was admitted following the detection of a paravaginal mass on ultrasound with a diagnosis of Gartner duct cyst. There were no significant complaints on admission. During her life, the patient was observed by a urologist and nephrologist about grade 4 vesicoureteral reflux on the left with enuresis. Based on CT urography, cystoscopy and vaginoscopy, the girl was diagnosed with complete duplication of kidneys, ectopic ureteral orifice of the upper segment of the right duplicated kidney opening into the vagina. The paravaginal mass found by ultrasound was a megaureter. Dr. Kagantsov with the assistance of Sh. Ganiev performed a high-tech laparoscopic ureteroureteroanastomosis on the right. A few days after the surgery, the girl noted complete cessation of urine leakage.

3D reconstruction of intravenous CT after ureteral anastomosis on the right

The postoperative period was uneventful, and the patient was promptly discharged. Further follow-up showed decreasing distal part of the megaureter.

Thanks to a multidisciplinary approach, the problem that caused both physical and psychological suffering to a teenage girl was completely resolved.