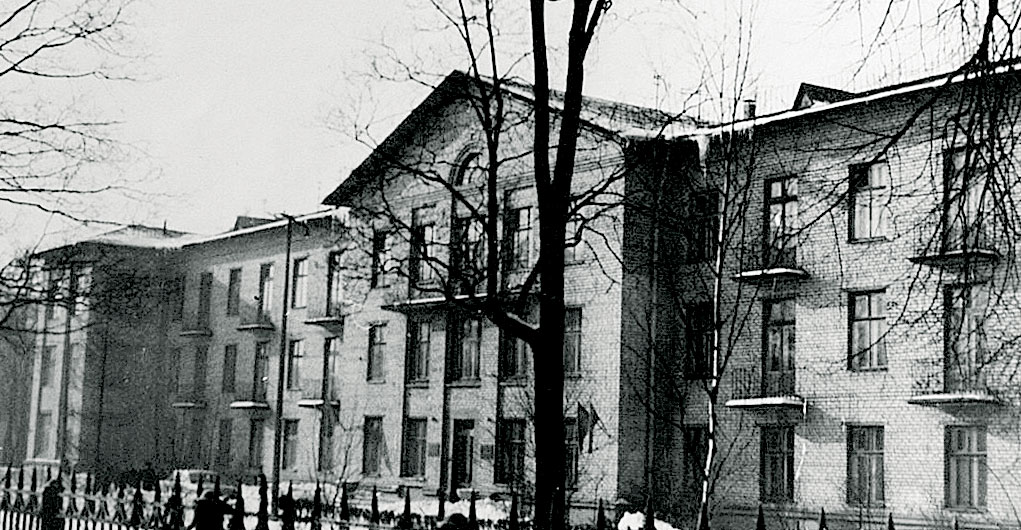 Research Institute of Cardiology was founded in 1980

The Research Institute of Cardiology was founded in 1980. The urgency of its foundation became clear in the 70th and was caused by the rapid growth of cardiovascular morbidity and mortality in the country. To solve the problem, Prof. Evgeny Chazov initiated establishing specialized cardiology service. In 1977, in accordance with the decree of the USSR Council of Ministers following the example of the first Cardiology Research Institute in Moscow, similar institutions started their work in the USSR republics. 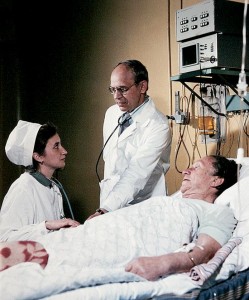 In Leningrad, the Research Institute was founded as an institution of the Russian Republic. The initiative of its foundation belonged to Professor Vladimir Almazov, the Head of Chair of Internal Diseases at the 1st Leningrad Medical University named after Ivan Pavlov. With support of the city administration, the Institute was given a building of the cardio-rheumatology clinic for 300 beds and funds for its reconstruction. The mission of the new institution was to improve the existing and develop new methods of diagnostics, treatment and prevention of cardiovascular diseases to lower CV morbidity rate and to improve general health of the population. A remote diagnostic center was created in the Institute, where specialists analyzed electrocardiograms transferred by telephone lines, thousands of the citizens were consulted in the out-patient department.

To perform the scientific-clinical research, departments of Arterial Hypertension, Coronary Artery Disease, Emergency Cardiac Care and the Intensive Care Unit were created. From the very beginning the teams of highly-qualified doctors and researchers completed challenging basic and applied research projects, the new scientific and clinical school was founded.

Since the first days of the Institute, scientific investigations aimed at development of medical devices began. In 1983, in a Laboratory of Clinical Physiology of Blood Circulation the first Russian portable monitoring device was developed. By the end of the 80th, the Institute was a co-developer of the portable electrocardiograph “Gnom”, resuscitation systems “Trevoga B-4” and “Cardiocomplex-5”. The methodology of mass examinations in a remote diagnostic center was developed as well as an automatic system of medical care quality assessment.

A new Cardiac Surgery Department established in 1987 started a new level of cardiovascular care in Leningrad. The Institute was allowed to rent premises in a new building of a city hospital where the first angiograph was installed. Some industrial enterprises of the city supported organization of the up-to-date cardiac surgery clinic, thanks to which the first cardiopulmonary bypass surgery was performed in 1988.

In 1991, the organization structure of the Institute was improved. At the initiative of Prof. Almazov, the research and clinical subdivisions were united to speed up the process of translation of research findings into clinical practice. 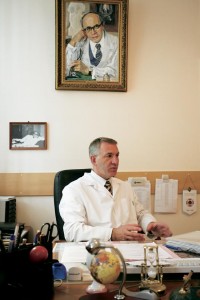 In 2002, the Institute was named after its founder Prof. Vladimir Almazov.

In 2004, the Institute obtained the permit of the Higher Certifying Commission of the Russian Ministry of Education and Science to establish the Dissertation Council for defense of doctoral and candidate's theses in Cardiology. On July 2, 2004 the order of the council organization was signed and the first thesis was defended successfully in September.

In view of widening the scientific-research and strengthening technological facilities and in accordance with the order of the Federal Agency of Health and Social Development (#942 of 10.11.2006) the Research Institute of Cardiology was given a new name – the Almazov Federal Heart, Blood and Endocrinology Centre.

It became obvious already in the 80th that the intensive development of the institution was restricted by the lack of premises. In 1987, design works were started and in 1988 – construction of a modern clinic for 480 beds and an out-patient department for 360 consultations a day. The construction works should have been finished by 1992 but were stopped for 10 years due to the lack of funds. A new phase in the building process began after the clinic was included by President Vladimir Putin into the priority list of works on preparation for the 300-year celebration in St-Petersburg. At the end of 2001, the construction works were restarted.

The out-patient department for 360 consultations a day and the biggest in the city blood transfusion station (for more than 6,000 liters per year) were opened on September 1, 2006.

Since February 2007 the Almazov Federal Heart, Blood and Endocrinology Centre was under the jurisdiction of the Federal Agency of High-Tech Medical Care.

The first cardiac surgeries were performed in a new clinic of the Centre on May 25, 2009. The whole complex of buildings was put into operation on June 25, 2009.

On December 4, 2007, the government order #1743-r initiated establishing a series of federal perinatal centres all over Russia. On June 8, 2008 construction of the Perinatal Centre as part of the Almazov Centre began and on November 1, 2010 it received the first patients

Since November 15, 2010, the Almazov Federal Heart, Blood and Endocrinology Centre has been under the jurisdiction of the Ministry of Health and Social Development of the Russian Federation.

In December 2013, the Centre was renamed into the Federal Almazov Medical Research Centre.

In 2015, when the Polenov Research Institute of Neurosurgery was included into its structure the Centre was renamed into the Federal Almazov North-West Medical Research Centre.

On 12 July 2017, our institution received the national status and was renamed into the Almazov National Medical Research Centre.

Today the Almazov Centre is the leading Russian institution which unique character is in a combination of basic and applied research in various medical fields, multi-disciplinary specialized care that includes high-tech surgery and continuous medical education for researchers and practicing doctors.