Professor Evgeny Shlyakhto, born in 1954, graduated from the Pavlov Medical University in Saint Petersburg, Russia in 1977. Since 1997, he has been a Head of the Chair for Internal Medicine at the University where he was trained to become a doctor and a medical scientist. Professor since 1994, a full member of the Russian Academy of Medical Science since 2011 and a full member of the Russian Academy of Sciences since 2014. Professor Shlyakhto has been the Chief Cardiologist of Saint Petersburg (since 2001) and the Northwestern Federal District (since 2002). Since 2011, he has been the President of the Russian Society of Cardiology. In 2010, Professor Shlyakhto became a member of the WHO Expert Working Group.

Since 2001, Evgeny Shlyakhto has been Director of Almazov National Medical Research Centre, one of the leading medical institutions in Russia involved in fundamental and applied research in cardiology and cardiovascular surgery, hematology, rheumatology, endocrinology, pediatrics, molecular biology and genetics, information nanotechnology. Almazov Centre provides specialized and high-tech medical care as well as training for research and medical personnel within the modern system of continuous medical education.

Evgeny Shlyakhto is an internist and cardiologist, who has made an outstanding contribution to the development of new methods for the diagnosis and treatment of CVDs. The Centre led by Prof. Shlyakhto carries out intensive research in translational medicine, molecular diagnostics, the development of diagnostic tools for personalized treatment, cellular and tissue engineering for therapeutic purposes, the creation of biocompatible materials and tissue-engineered constructs designed to create breakthrough medical technologies of fundamental importance for providing high-tech care to patients with cardiovascular, endocrine and blood diseases.

Under his guidance, a project was developed and implemented to create a major medical research and educational facility of a new type ensuring coordinated scientific research and high-quality training for the rapid implementation of results into practice and the training of qualified specialists based on the concept of translational medicine.

An outstanding healthcare leader and clinician, Evgeny Shlyakhto substantiated and piloted the multidisciplinary principle of high-tech medical care and three-stage rehabilitation after high-tech procedures, thus expanding the scope and improving the efficiency of care provided at the facility he leads.

Evgeny Shlyakhto is an acknowledged academic authority contributing into science development and academic activities. He is the founder of a scientific school known for tradition continuity and interdisciplinary approach to integrated solution of current scientific problems based on breakthrough technologies. Twenty doctorate and fifty-seven PhD theses were defended under his guidance and scientific advice. 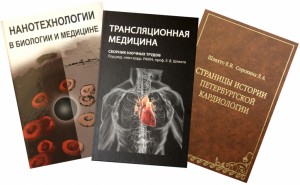 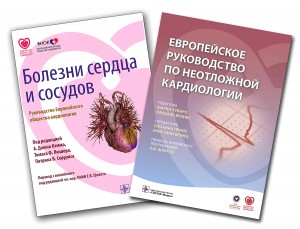 textbooks: Circulatory System Diseases (1997), Endocrinology (2005, 2007, 2012), Internal Medicine (2000, 2008, 2012). The ESC Textbook of Cardiovascular Medicine was translated into Russian and Russian National Guidelines for Cardiology (2015) were published by Professor’s Shlyakhto initiative and under his editorship.

Professor Shlyakhto is a member of the Expert Health Council of the Federation Council Committee on Social Policy of the Russian Federal Assembly, Vice Chair of the Academic Council of the Russian Ministry of Health, Vice President of the National Medical Chamber, President of the Russian Society of Cardiology, member of Medical Council under the Governor of St. Petersburg, Scientific and Technical Council of the St. Petersburg Government, Interdepartmental NW Coordinating Board of RAS on Basic and Applied Research, Chair of the Central Certification Commission for the Northwestern federal district, member of the Public Council under the Russian Ministry of Internal Affairs for Saint Petersburg and Leningrad region.

Evgeny Shlyakhto is an Editor-in-Chief of medical journals: Russian Journal of Cardiology, Translational Medicine, and Journal of Arrhythmology. He also is a member of the editorial board of the European Heart Journal.

Professor Shlyakhto is an active international collaborator. He is a fellow of the European Society of Cardiology, American Heart Association, and American College of Cardiology. He has been a member of the ESC Congress Programme Committee since 2012 and of the ESC Committee for Practice Guidelines since 2015. Since 2016, he has been the Co-chair of the Health Working Group for the Russian-German Forum Petersburg Dialog.

Evgeny Shlyakhto received the Russian Federation Government Prize in science and technology in 2009 and won the Pavlov Award, the prize for scientific and technological achievement in Physiology and Medicine from the Saint Petersburg Government and St. Petersburg Scientific Center of the Russian Academy of Sciences, in 2011. He also won the Award of the St. Petersburg Government for outstanding achievements in higher and secondary education for “Scientific achievements improving the quality of training and highly qualified personnel” and “Development and implementation of continuous postgraduate medical education based on the translational medicine concept”.

Professor Shlyakhto was awarded with numerous Certificates of Merit of the St. Petersburg Government for longstanding and fruitful work and substantial contribution to healthcare in Saint Petersburg (2014), Medal of Honor (2012), Burakovsky Medal for the development and introduction of new medical technologies (2013), Award for Merit to Saint Petersburg (2015).